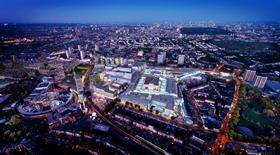 Westfield has been given the green light to start work on its £1bn expansion of its shopping mall in west London after the scheme was given the final planning approval this week.

The development will also include restaurants and cafes, office space, a children’s play space and a new leisure complex and is expected to create around 6,700 permanent new jobs.

Of these 162 will be affordable homes, 40% of which will be social rented, with the possibility this number will increase subject to viability assessments.

The development, which will enable the first John Lewis store in west London, is part of the White City opportunity area, which the Mayor of London has identified as having the capacity for 5,000 homes.