Architect behind new towers in City of London 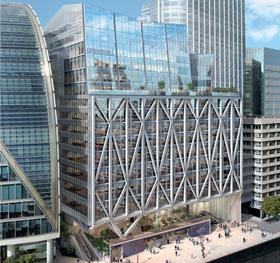 The architect behind new towers in the City of London at Moorfields and Bishopsgate saw profits slip a fifth last year.

Wilkinson Eyre has designed the 21 Moorfields scheme (pictured) above Moorgate underground station which will be Deutsche Bank’s new UK headquarters and will be built by Sir Robert McAlpine.

The scheme is split across two buildings with the tallest rising to 16 storeys.

And it has drawn up the 50-storey 6-8 Bishopsgate tower which will be built by Lendlease for a team featuring Mitsubishi Estate and Stanhope.

But in a note accompanying its latest accounts, the firm said: “Ongoing work on existing projects and success in securing new commissions both in the UK and overseas bode well for the future.”

It is also working on the Battersea Power Station redevelopment and a number of schemes for technology firm Dyson while wins in the past year have included new stands at Lord’s cricket ground.