The death of David Hodgkiss (pictured), 71, was announced by Lancashire country cricket club where he had been the chairman for the past three years. 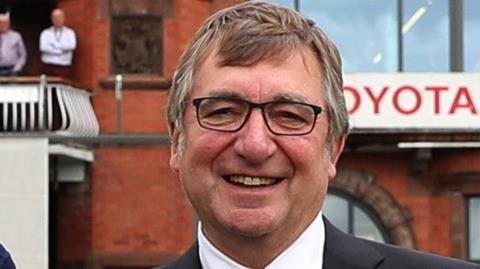 He took over as chairman in April 2017 and had been on the club’s board for 22 years.

In a statement, the club said: “Further to the announcement from his family, it is with great sadness that Lancashire Cricket announces the passing of its chairman, David Hodgkiss OBE,” read a statement.

“David served the club with distinction over many years including holding the offices of treasurer, vice-chairman and latterly chairman.

“He was much loved by everyone at Lancashire Cricket Club and respected throughout the cricketing world.”

He was awarded his OBE for services to manufacturing and exporting.

Last month, Hare, which in its most recent set of accounts posted an improved turnover of £221m for the year to December 2018, was appointed to the £50m steelwork contract at the Paddington Cube scheme in west London.

It was set to start this July putting up the first of the 5,300 tonnes of steel at the job in west London, which is officially known as Paddington Square. It is being built by Mace which earlier today confirmed that work on all its sites remained suspended until next Tuesday because of the coronavirus outbreak.