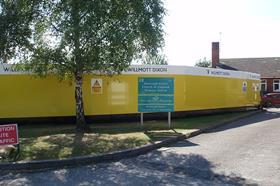 Willmott Dixon is launching an app next month designed to keep its premier subcontractors up to date with upcoming work and new company policies and regulations.

The app is being rolled out at the end of September to the firm’s 600 Category A partners.

He said: “At Willmott Dixon we communicate in different ways across the regions. Manchester might send an email to their subcontractors, while another region gets them in to talk. At the moment we are not consistent in approach – we need one version of the truth.”

As well as company news, the app will notify users of all upcoming work Willmott Dixon has in the pipeline – although bidding for work will not take place on the platform.

Instead, it will be used to update subcontractors on new policies and regulations, allowing the contractor to see whether companies have read them before starting work and follow up with firms that have not.

The app will contain links to already-existing portals where businesses can see how much they are owed and when they will be paid by the contractor which last week revealed that the average time it takes to pay its suppliers was 33 days.

Watson said the app was first discussed last summer and added it will streamline the amount of paperwork firms will have to wade through in the future.

“I don’t want businesses to have to go through all their emails and all their documents to get the information they need to do a good job. We don’t want to flood them – if there is a policy change, we want them to actually see it,” he added.

Although use of the app will not be mandatory, Watson said the firm will ask non-users why they aren’t using it.

As multiple staff from each company will be able to download the software on Apple or Android, the firm expects the number of initial takers to exceed 600.

Willmott Dixon currently has no plans to roll out the app to Category B partners.