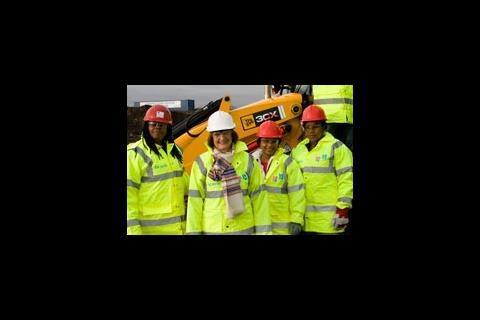 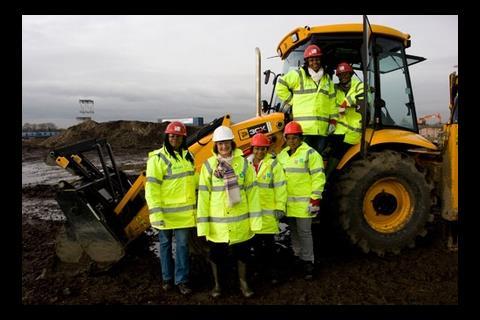 Ready to test-drive the digger 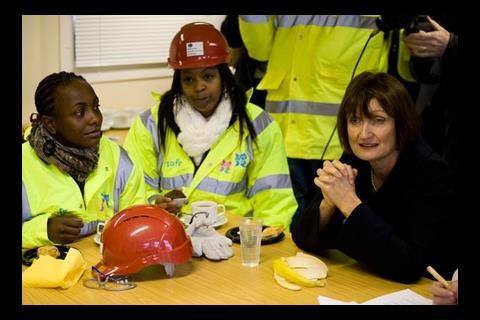 Standing around a muddy field in the cold and wet waiting for a chance to drive a JCB digger for five minutes might not be some people's idea of fun. However, the women who descended on the plant training centre in the Olympic park yesterday morning would beg to differ.

As part of its Women in Construction initiative, the Olympic Development Authority (ODA) organised a taster session for 10 women to give them experience of working on the site. The authority hopes such sessions will encourage more women to enter the industry and gain work helping build the venues and landmarks for the 2012 Olympics.

I'm interested in the money. Construction is better paid than hairdressing

Olympics minister Tessa Jowell, who also donned a hard hat and yellow jacket to have a go on the JCB, told the women it was important to break down gender barriers in the industry. “Construction has been closed to women for far too long. There is no reason why women cannot succeed in this industry. I regard you all as pioneers,” she said.

Former hairdresser Sabrina Xavier, 29, took a more pragmatic view. “I'm interested in the money. Construction is better paid than hairdressing.” But she added: “I think it is good to show that women are equally capable of doing what many perceive to be a man's job.”

I love driving and tinkering about with machinery. My 14-year-old son is completely jealous

Cleaner Diana Brown, 35, was also tempted by the possibility of better pay but mainly motivated by the chance to get to grips with a JCB. “I've never driven a digger before so I'm a little nervous. But I love driving and tinkering about with machinery. My 14-year-old son is completely jealous.”

“Not every woman is suited to sitting in an office and staring at computer all day. Some want to be out in the fresh air. Events like this give women the opportunity to go for it,” said 51-year-old Herma Emmanuel, who has worked in the industry before. After being made redundant she is hoping to gain some more skills to get a job on the Olympic park.

Not every woman is suited to sitting in an office and staring at computer all day. Some want to be out in the fresh air

Lavern Maye, 22, had a different reason for wanting to become more acquainted with the trusty digger. “I've just finished a degree in law. I hope to specialise in construction law but I think it is important to gain some knowledge from the ground up.”

Over 3,500 people are working on the Olympic park and this is expected to rise to 10,000 over the next four years. The ODA hopes to create 50 work placements for women every year.