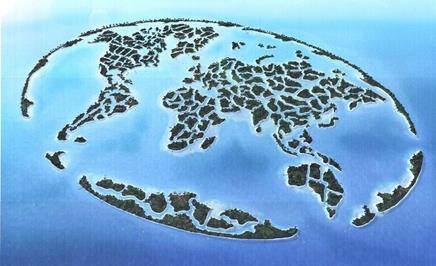 Construction on Dubai’s World Islands is expected to restart next month. The giant project, by developer Nakheel, comprises an archipelago of 300 islands resembling a map of the earth, 4km off the coast of Dubai, next to the Palm Islands, which are also by Nakheel.

Having been on hold, work is due to start on about 20 of the islands as early as next month, with “major construction activity” due to kick off in the second quarter of next year, according to Emirates Business. A number of contracts have been restructured, to factor in lower tender prices, it is understood.

Construction stopped on the islands over the summer as the scheme joined the 500 projects in the UAE that have been put on ice since the beginning of the downturn in the country a year ago, according to research firm Proleads.

Nakheel's Marwan Al Qamzi, group managing director of projects at Nakheel, said: "We are working with a core group of purchasers who are revising their designs to account for the changes in the economy. These developers are moving forward with revising their plans and entitling their projects. Scopes have been updated to match their development strategies and construction commencement is anticipated for Q2 2010. Most construction schedules run for two to three years."

Mark Scott, chief executive of Select Property, said his company would begin construction on “Aquitainia” – a fusion of France and Spain – by the second quarter of 2010.

Click here for a video of the World Islands