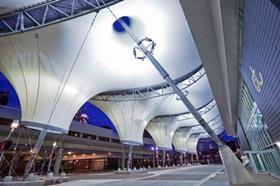 Engineering giants WSP and Atkins are both in the race to buy Balfour Beatty’s engineering arm Parsons Brinckerhoff, according to press reports.

Balfour Beatty embarked on the sale of its consulting arm in May this year following a series of profit warnings and the departure of its chief executive.

The sale of Parsons Brinckerhoff was a key factor in the breakdown of merger talks between Balfour Beatty and rival contractor Carillion last week.

When Balfour and Carillion announced they were in merger talks on 25 July they said the sale of Parsons would “proceed unaffected” by any merger.

But then last week, Balfour called of the talks after it said Carillion had “wholly unexpectedly” decided it wanted Parsons to be included in any merger deal.

This morning, both the Times and the Telegraph have named Atkins as one of the bidders for Parsons Brinckerhoff. The Telegraph also reported that WSP is vying to buy the firm.

The Times reports there are four bidders in the race and the Telegraph and other media outlets report private equity firms are included in those interested in buying the consultant.

Both papers also report that the City Takeover Panel is looking into Balfour Beatty executive chair Steve Marshall’s comments to Building last week in which he said the firm was set to unveil a revaluation of its investment business.

“We are going to be unveiling a new valuation for the investment business. At the moment we provide a valuation for the market value of the business but we have been selling assets for 60-70% above that,” Marshall said.

“It’s one of the things I was determined to force out in the company’s share price [when I took over as executive chair].”

Both WSP and Atkins said they did not comment on “market speculation”.