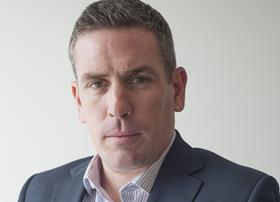 WSP has strengthened its building services business with a string of senior hires.

Andrew Henderson (pictured) joins from Hyder to become buidling services UK operations director. He will be supported by Matt Hann, who takes on responsibility for managing new business opportunities within the building services business and on multi-disciplinary bids.

In Scotland Graeme Bruce and Garry Calder have been appointed to take charge of the Edinburgh team.

Alastair Macfarlane has moved from WSP’s London to Cambridge office.

The hires are part of WSP’s push to recruit 600 new staff in the UK by the end of the year.

Andrew Henderson said: said: “I have joined WSP to be a part of the next evolution of building services consulting engineers. WSP is clearly on a journey to create an impeccable reputation for design and delivery, and I very much want to be part of the team delivering these transformations.”

“The recession is behind us now and we are benefitting from the consolidation we have conducted in the past few years.

“Clients rightly have increasingly high standards and we are making every effort to be the best consultancy in the industry.”