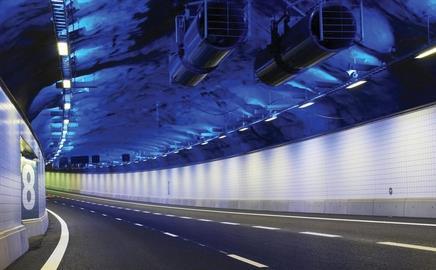 Shares in consultant engineer WSP had risen almost 7% by Tuesday after its latest results revealed that it had surpassed growth expectations.

Turnover at WSP, which is working on projects including the reconstruction of Ground Zero in New York City, increased 24% to £268m in the first half of 2007.

Chris Cole, chief executive, said the group’s geographic spread, which it has been increasing in the past three years through acquisitions, “justifies our belief in our strategy of diversification”.

This strategy includes expansion of its transport and infrastructure and environmental and energy businesses.

For example, it has made acquisitions and won high-profile projects in the environmental sector. These include work on the masterplan of Masdar city in Abu Dhabi.

When you walk down Cheapside it’s like a war zone

Cole also said the commercial market was at its peak: “When you walk down Cheapside it’s like a war zone. When there are so many cranes, it feels like the top of the market, but with airports, the Olympics, the M25 widening and the Chelsea Barracks, there is no problem with workload, you just have to move your position.”

Cole said all the company’s business units were performing well. WSP delivered turnover growth of 15% this year, which is above its target. Recent acquisitions in Australia and South Africa are expected to contribute to its full-year results.

Among WSP’s UK projects is the Shard at London Bridge, designed by Renzo Piano, which will be the tallest building in western Europe when completed in 2011.

The board recommended an interim dividend of 4p, up by a third. The company employs 7,352 full-time staff and had an order book of £750m at the end of the half-year, up 20%. Cole said more acquisitions were likely in the second half of the year.