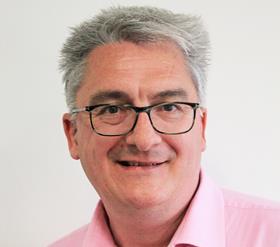 WYG has announced the departure of its finance director just weeks after it warned that its profit for the year would be “materially below” market expectations.

The troubled consultancy firm told the Stock Exchange Iain Clarkson had resigned with immediate effect and it would now seek to recruit a new chief financial officer.

In the meantime senior managers within the group financial team would report to the board through chief executive Douglas McCormick (pictured).

Earlier this month WYG warned that its profit for 2018/19 would be hit by delays to a number of projects in the UK.

Its consultancy services arm, which generates 75% of turnover and is heavily UK-centric, had seen delays in investment decisions on a number of projects and activity being deferred on existing schemes.

Last year the firm reported an annual loss of £5.3m, compared with a profit of £1.6m a year earlier and in its half year results for the six months to September 2018 announced in December it said turnover had slipped by £1m to £75.3m, with pre-tax losses coming in at £755,000 versus a deficit of £2.8m last time.

WYG’s shares fell 42% on the profit warning announcement on 13 February and were trading today at 15p, 5% down on yesterday’s closing price.

In January, Leeds-based WYG announced it would be moving its corporate headquarters (pictured) this summer from its current base in the city’s Headingley district to the 3 Sovereign Square development in the centre of the city.