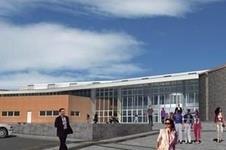 The group completed a refinancing deal on 8 January, which it said had created a stronger balance sheet. It added that a “three-part strategy” had been implemented, which included significant operational restructuring.

Total group headcount was reduced by 265 between 1 July and 31 December 2009, with employees numbering around 2,500 at the end of the year.

It noted that its international business unit had remained relatively strong, while its domestic business divisions, particularly its engineering, management services and Irish sectors had performed below expectations.

Chairman Mike McTighe said: "We have continued to make good progress in our recovery programme during the period. Notably we agreed the terms of our refinancing. Trading conditions were and remain generally challenging but we now have the financial platform on which to develop for the future.”