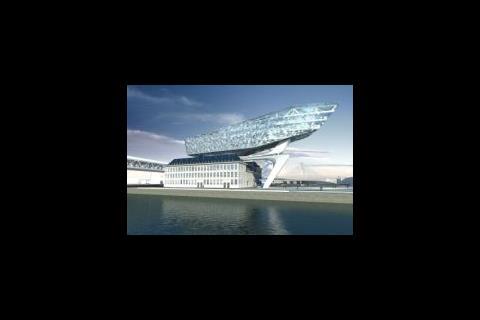 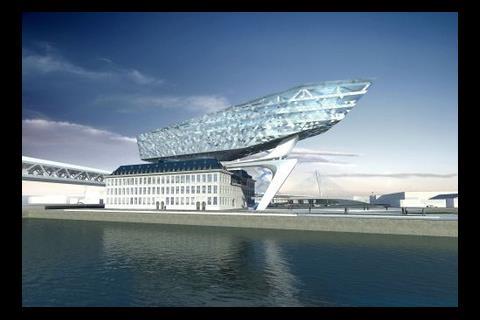 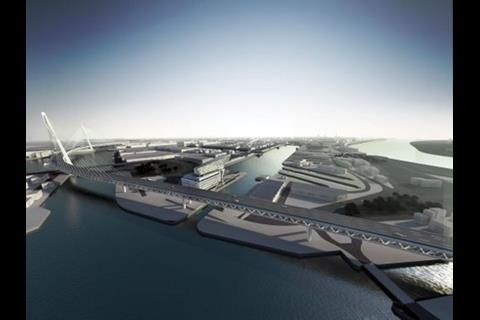 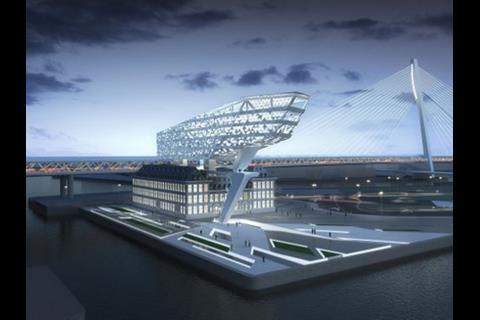 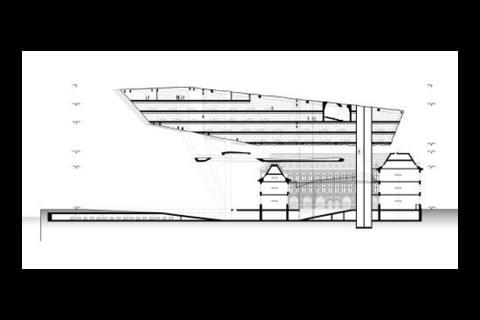 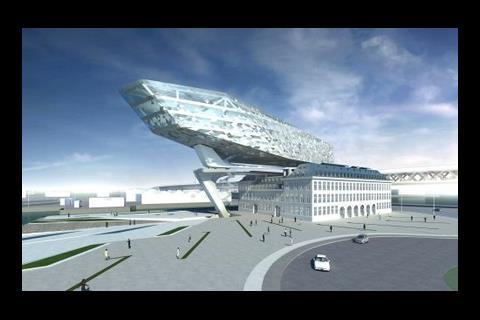 Zaha Hadid has unveiled images of a grasshopper-like extension to a refurbished fire station in Antwerp to house the port authority headquarters.

The extension, described by Zaha Hadid Architects as a “crystalline volume”, is suspended over the existing building on three sculptural concrete “legs”. The competition-winning design will be clad in glass and aluminium panels, and has been designed to mimic a diamond in reference to the Belgian port's diamond industry.

The practice will design both the extension and the refurbishment of the fire station at an estimated construction cost of €30.5m (£28.6m).

Hadid said: “The dichotomy between the reflective, faceted form of the new extension and the powerful structural mass of the existing fire station creates a bold and enigmatic statement for the city.”