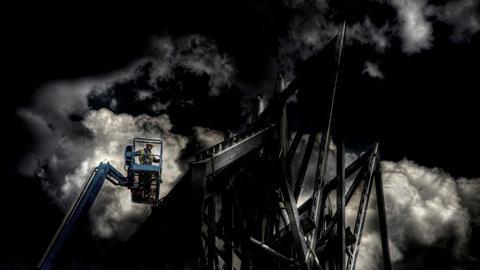 A photograph of Zaha Hadid’s Riverside Museum in Glasgow has been voted the winner of the CIOB Art of Building digital photography competition.

John Dunn’s photograph ‘Element’ was selected by the public from a shortlist of 12 built environment images taken around the world.

The judges said: “The juxtaposition of the storm clouds with the cathedral-like structure creates a powerful backdrop for the construction worker going about his job, highlighting his purposeful dedication in the face of the elements and the enormity of his task.”

Dunn said he had been following the project for years. “As you can probably imagine I have hundreds of images. I used a new plug-in