No ifs or butts 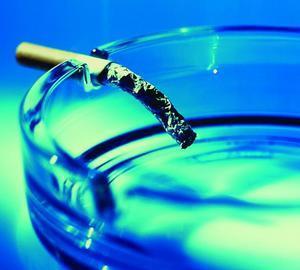 Those in favour of a ban on smoking argue that ventilation simply doesn’t work. But as Andrew Geens and Max Graham of the University of Glamorgan reveal, it actually has a dramatic impact on air quality

Smoking in public houses is a hot topic. Ireland has already banned smoking in bars and public places; national pub chain JD Wetherspoon has been in the news with its plan to make all its venues non-smoking; and the Italian government has introduced a requirement for ventilation systems of a defined standard to be used in smoking areas in public places such as pubs.

There are also several groups in the UK lobbying for a smoking ban in pubs. However, research that we have conducted at the University of Glamorgan shows that the “ventilation doesn’t work” arguments used to support their case are at best mis-leading. Our studies show that the use of simple, inexpensive ventilation systems reduces the concentration of a selection of tobacco-smoke contaminants1.

Our initial investigation into the effectiveness of ventilation in pubs came at the request of a family-run brewery in the North-west of England. The brewery had been installing new ventilation systems in its pubs, incorporating an over-bar supply air system and, naturally enough, it wanted independent verification that the systems were actually improving the air quality.

In theory, the effectiveness of a ventilation system can be demonstrated by a calculation from first principles. And in practice the air change rate of a room can be derived from balancing the supply and exhaust airflow rates following the procedures set out in the CIBSE commissioning codes. However, neither of these approaches give a direct indication of the air quality in a pub, so we decided to measure actual air quality inside the bar.

Surprisingly, this kind of exercise has been carried out very few times so there was an element of trial and error in refining a suitable technique for these studies. Fortunately, a number of licensed trade organisations took an interest in the initial study, allowing the technique to be developed over a broad sample of pubs. And repeating the study in a number of venues has provided a greater degree of confidence in the findings than isolated studies would have given.

At the outset of the exercise the main questions we raised were:

The question of what to measure arose because environmental tobacco smoke (ETS) is a cocktail of more than 4000 different substances2. But as the gas laws suggest that these substances diffuse uniformly – and therefore will be diluted by ventilation air in the same proportion – it was not necessary to measure the concentrations of all of them.

For these studies we decided that we would measure carbon dioxide, carbon monoxide and respirable airborne particulates (up to 2.5 microns). We chose to measure carbon dioxide to confirm that the system was working properly; carbon monoxide was used as an indicator of the presence of a gaseous constituent of ETS; and we used the respirable particulates to indicate the presence of non-gaseous constituents in the air. The latter would demonstrate whether the small particles were being diluted in the same proportion as the gases and vapours.

We also decided to record temperature and relative humidity to identify what effect the ventilation system was having on room comfort conditions, and because perception of odour increases with high temperature or humidity2.

We conducted the monitoring using continuous real-time data logging instruments. Measurements were taken in the area behind the bar to measure occupational exposure limits for bar staff, and the equipment was located as close as possible to breathing height for a standing person. In most cases we also monitored the air in the customer area but it was difficult to locate instruments consistently to allow for comparison between pubs (this is an issue that still needs to be addressed by the team).

To gain an indication of the smoking rate, we collected and counted cigarette butts on an hourly basis. However, we hope to develop an improved approach to measuring the smoking rate in the future as the current method is both intrusive and mildly unpleasant when the pub is busy.

During the course of the investigation, we have tested a variety of ventilation solutions. These include simple through-the-wall supply and extract fans, fully ducted supply and extract systems, over-bar (supply) ventilation, displacement ventilation, and over-bar ventilation using fabric in combination with ceiling-mounted air filtration units. The latter two appear to give the best results but they are also the most expensive.

And the findings were ...

Figures 1-4 show an example of the results from a study of a village pub in the Home Counties. This pub was fitted with an over-bar supply system, using through-the-wall extract fans and high-level fabric diffusers designed to provide ventilation of 750 m3/hr. The system was supplemented by ceiling mounted filtration units.

Figures 3 and 4 show the difference between the conditions in the bar with and without the system. The similarity of behaviour of the gases and particulates is clear. It is interesting to note that even with the system turned off, occupational exposure limits are not exceeded – although from observation and experience, it is clear that conditions are not pleasant. It is also interesting to note that as soon as the system is turned on, the fall off of the concentration of contaminants is steep and exponential, as predicted.

The results in figures 1-4 demonstrate that ventilation is effective in controlling the level of contamination. However, the subject of environmental tobacco smoke is an emotive issue and many lobby groups demand that ventilation should reduce contaminant levels to zero to be an acceptable solution. This of course is an unrealistic expectation, not least because many of the potentially harmful constituents of ETS are present in the “fresh air” supply – both from other sources and in some circumstances from smokers outside the pub building3.

Ventilation can only dilute or partially displace contaminants and occupational exposure limits are based on the “as low as reasonably practicable” principle. It would be helpful to ventilation designers if acceptable exposure limits could be identified for ETS: indicators such as those used in this study could be used to set these limits. Alternatively, legislators could follow the Italian example and specify acceptable ventilation standards for public places where smoking is to be permitted. The Italian standard requires smoking rooms to have a fresh air supply rate of 41 l/s/person and also requires the room to operate under a negative pressure regime, maintaining a pressure difference of 5 Pa to keep smoke in the room.

The fact that studies such as ours have been commissioned at all suggests that ventilation is being given a bad name. In fact, we have been told by pro-ban groups that it has already been established that ventilation does not work. And even among those who believe ventilation can work, there is a widespread belief that it is expensive and requires continuous monitoring and maintenance to ensure its continuing efficacy.

The conclusion from our series of site investigations is that the former view is clearly misguided, as the results of this case study show. The second view, however, is more difficult to argue with. To make inroads into this market sector, this is something that ventilation manufacturers, designers and installers must address.

Dr Andrew Geens is a senior lecturer and Dr Max Graham a principal lecturer in the School of Technology at the University of Glamorgan.