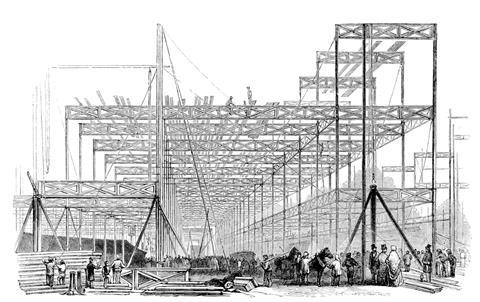 As housebuilders report that wage growth is slowing, a glance far back in time reveals workers determined to raise their pay amid a burgeoning trade union movement.

“At Birkenhead, upwards of 1,000 stonemasons, carpenters etc, have struck for an advance from 23 shillings to 27 shillings per week. Similar strikes are anticipated at Liverpool, Kendal, Scarborough and other places,” recorded Building in 1846.

This higher wage worked out at around £70 a year. The National Archives’ currency converter unhelpfully tells us this would buy 13 cows or 106 stones of wool but not how many joints of meat it could purchase or how large a dwelling to rent.

Unhappy employers in Manchester had also banded together to “protect” themselves from the workers’ demands. The bosses “caused large posters to be displayed throughout the metropolis” advertising for workers – but at the higher rate of wages requested. The men had won their battle.

Wages rose quickly in Victorian Britain as the economy grew, although buying power did not necessarily rise proportionately. 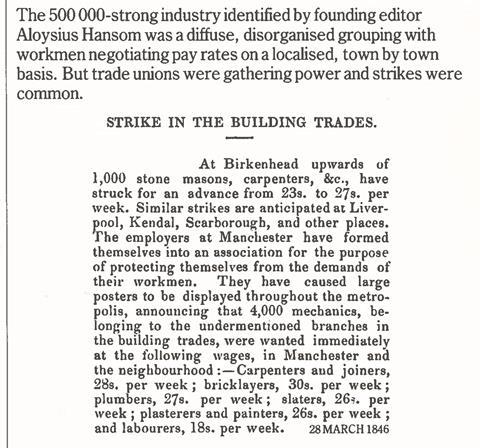