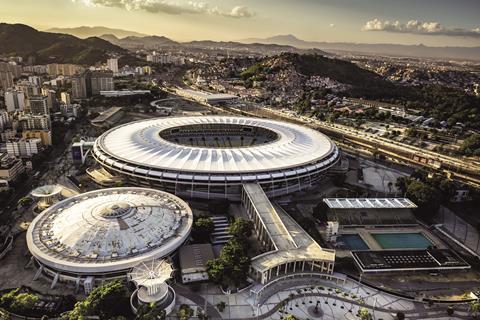 As Building looks at the fabulous venues being constructed for the Tokyo Olympic Games next year, our archive reveals the severe problems that hit the Rio Olympiad in 2016. As the Brazilian economy went into a nosedive and the country was overwhelmed by an all-consuming construction scandal, massive budget overruns and by-the-seat-of-their-pants venue delivery, many speculated how the Rio Olympics managed to happen at all.

Rio de Janeiro hosted the opening ceremony of the 2016 summer Olympic Games following a £9bn construction programme that, somewhat against the odds, was just about delivered in time. The final venue to be finished – the velodrome – was completed less than 30 days before the opening ceremony, while the metro line extension designed to take people from the beaches of Copacabana and Ipanema to the games opened to a limited service only a few days before the first starter pistol sounded. Many international competitors  complained that the athletes’ accommodation wasn’t properly finished. Rio did deliver the promises made when it bid to host the event – but only by the skin of its teeth.

Click here to read the full article from 4 August 2016