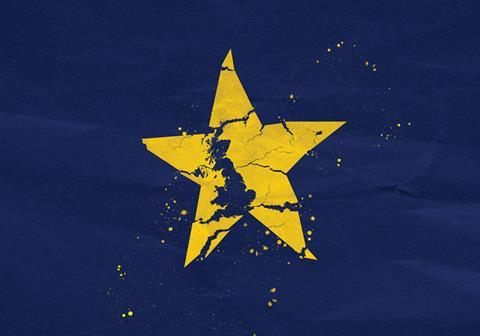 As we consider some of excruciating possibilities that could await construction if the UK crashes out of the EU without a deal, we look back to reaction just after the referendum, when some were jubilant, some were shellshocked and some were downright miserable about the future.

Everyone had a different prediction. “The City had clearly made up its mind that it was bad news, with housebuilder and property company shares both hit heavily in the mammoth sell-off that took place on Friday morning,” Building wrote.

“House prices are likely to be up to 5% lower by the end of 2018 than they would have been in a non-Brexit world,” estimated Adam Challis, head of UK residential research at JLL, with “high-end city centre schemes” taking the brunt. Prices did indeed fall 3.2% in London between January and March this year, although volume housebuilders are still doing extremely well.

Richard Steer, chairman of Gleeds, believed the market would stagnate for six months to a year, by which point he hoped there would be a better idea about the terms and conditions of the exit. Alas, Richard, two years on we’d all still like to know what’s going on.