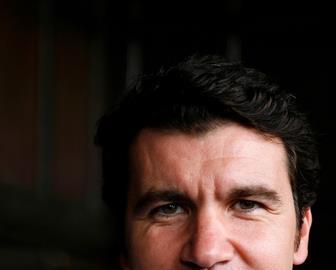 Believe it or not, buildings have been the poor relation when it comes to international efforts to tackle climate change. This is ridiculous, especially when you consider that in 2007, a report by Intergovernmental Panel on Climate Change showed that the opportunity for cost-effective carbon reductions from buildings is almost twice as big as in any other sector. Even more ridiculous given that we’re talking about the source of 40% of global emissions.

The arrival of this issue of BSD chimes with the first World Green Building Day on 23 September, an international series of events and activities, which seeks to emphasise the importance of buildings in the run-up to the crucial Copenhagen climate change negotiations in December.

As part of these activities, the UK Green Building Council is promoting a call to action – a global petition organised by the United Nations Environment Programme’s Sustainable Building and Climate Initiative, of which it is a member.

The call to action is pretty simple. It highlights the potential for buildings to provide some of the greatest, most cost-effective and fastest opportunities to tackle climate change and in turn help create jobs and boost national economies. It also recognises the role of buildings in adapting to the impact of climate change. Most importantly, it will show the strength of feeling in the construction and property sector for being a big part of the solution.

This is not just rhetoric. The rapid spread of building rating assessment tools across the UK and Europe, US, Canada, Australia, New Zealand, Brazil, South Africa and elsewhere illustrates that industry and the market are already acting to drive down emissions from the sector.

Our attention is likely to shift towards energyefficiencyrefurbishment at home, but there will still be a thriving market for new buildings overseas

But, as highlighted by BSD’s feature last month on differences between the leading rating tools, this is not enough on its own. It could be downright unhelpful if these tools are not comparing like with like, leading to misunderstandings about how different buildings perform in key respects. That’s why the leading organisations promoting sustainable building have come together to create a global framework for the consistent measurement of the carbon footprint of buildings, as the basis for driving improvements in performance.

It is the quality (or lack of it) of real, accurate, comparable data that is one of the main reasons buildings haven’t played a bigger role in the negotiation. It’s one reason why only 12 of the 4500 projects in the Clean Development Mechanism [a system that allows developing countries to earn credits for emission reduction projects] pipeline as of April 2009 are focused on energy demand reductions in buildings – an incredible statistic. So agreement on consistent measurement of carbon cannot come soon enough.

Why does all this matter? A post-Copenhagen climate change treaty that puts a greater emphasis on the built environment will see a gear change in sustainable building activity around the world. The smart money will be invested in buildings that are “future-proofed” in terms of their energy efficiency. UK companies will have to respond to ever-more stringent regulation and powerful financial drivers, based on the growing cost of carbon.

But, driven by the leadership the UK government has shown with the Climate Change Act and legally binding carbon budgets, they are also extremely well placed to take advantage of the huge potential growth in interest in sustainable buildings in the rapidly developing economies. In the UK we know that 75-85% of the buildings in use in 2050 are already standing today, but this is far from the case in places like China, India or Brazil. So while our attention is very likely to shift towards the energy-efficient refurbishment of buildings at home, there will still be a thriving market for new buildings overseas.

There’s a lot going on in Europe too. The Energy Performance of Buildings Directive II is shaping up to be a sequel to keep you on the edge of your seats. And given that well-intentioned people in Brussels will be deciding what should constitute a zero carbon building, and when everyone across Europe should be delivering them, the UK industry needs to be at the forefront of these discussions.