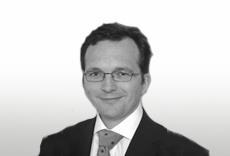 The claimant sellers operated a shipyard in Yangzhou in the People’s Republic of China. They entered into a ship building contract with the buyer, and payment was made in five instalments. The ship building contract required the second instalment to be payable within five New York banking days of receipt by the buyer of a refund guarantee, together with a certificate confirming the cutting of the first steel plates of the vessel. The seller was to: “…notify with a telefax notice to the Buyer stating that the 1st 300 mt steel plate has been cut in its workshop approved by the Buyers representative and demand for payment of this instalment.”

An invoice for the second instalment dated 4 May 2009 and a written demand for payment together with a certificate stating that in April 2009 the steel had been cut were then issued. There was a dispute about whether the steel cutting had taken place. A demand for payment under the Payment Guarantee was made on 22 June 2011. The demand stated that the steel plates had been cut.

The buyer sought to avoid immediate payment being made by the bank to the seller under the Payment Guarantee, on the following grounds:

Was the Payment Guarantee a guarantee or an on-demand bond?

Both the first instance Commercial Court and the Court of Appeal considered the factors that might identify the Payment Guarantee as either an on-demand bond or a guarantee. There were many “pointers” in different directions, which did not make the decision a particularly easy one.
The Court of Appeal found Paget’s Law of Banking (11th Edition) useful in relation to distinguishing a contract of suretyship as opposed to a demand guarantee (i.e. an on-demand bond). Paragraph 26 of the judgment refers to a useful quote from Paget’s:

“Where an instrument (i) relates to an underlying transaction between the parties in different jurisdictions, (ii) is issued by a bank, (iii) contains an undertaking to pay “on demand” (with or without the words “first” and/or “written”) and (iv) does not contain clauses excluding or limiting the defences available to a guarantor, it will almost always be construed as a demand guarantee.
…
In construing guarantees it must be remembered that a demand guarantee can hardly avoid making reference to the obligation for whose performance the guarantee is security. A bare promise to pay on demand without any reference to the principal’s obligation would leave the principal even more exposed in the event of a fraudulent demand because there would be room for argument as to which obligations were being secured.”

After some discussion of the relevant case law the Court Appeal referred to the factors which the first instance judge considered demonstrated that the Payment Guarantee was a guarantee rather than an on-demand bond. These factors are set out in paragraph 30 of the judgment:
“i) the document is called a “guarantee”;
ii) when referred to in the exhibits to the contract, it is called an “irrevocable letter of guarantee”;
iii) clause 1 contains the “core obligation” guaranteeing the due and punctual payment of the second instalment and identifies the second instalment in the terms set out in clause 2 without at that stage saying anything about agreeing to pay on demand;
iv) clause 3 relating to interest requires the Buyer to be in default;
v) clause 4 follows on from clauses 1, 2 and 3 and calls for payment “in the event that the Buyer fails punctually to pay” and goes “well beyond” what is needed for the purpose of identifying the obligation for which the security was being given;
vi) the closing words of clause 4 would be unnecessary if the document was an on demand guarantee;
vii) the later words of clause 7 were only necessary if the document was a true “see to it” guarantee;
viii) the Bank was not providing the guarantee for a set fee but was closely connected with the whole transaction which it was financing;
ix) although the contractual background did not provide any sure guide to the contract’s correct interpretation, the judge was struck by the fact that the Bank could find itself having to pay up to the amount of the second instalment without any Refund Guarantee being in place from the Seller’s bank to secure its return. The Refund Guarantee had to be provided before the second instalment was due under the contract and indeed arbitrators have now held (subject to any appeal for which leave might be given) that because it was not provided in the appropriate terms, the Buyer was not in fact obliged to pay the second instalment. The judge evidently thought reciprocity was appropriate.”

The Court of Appeal accepted these were valid points but they did not have regard to previous authority: the first instance judge should have considered Padget’s guidance and the related authority.

The Court of Appeal confirmed Paget’s guidance should apply as a strong presumption where the obligation to pay is expressed to be “on demand”, and added that it should even apply in circumstances where the fourth criterion is not satisfied (namely, where the security document does not contain clauses excluding or limiting the defences available to a guarantor). In reaching this conclusion, the Court of Appeal applied its earlier decision in Gold Coast Ltd v Caja de Ahorros [2002] 1 LIR 617.

Had the first instance judgment been permitted to stand, the Court of Appeal expressed concern that security documents of the kind encountered in this case would be almost worthless because the bank could resist payment on the basis that a foreign buyer is disputing whether a payment is due. This is even more so the case here where the buyer refused to sign the certificate of approval required by the underlying contract.

There continues to be disputes about whether a security document is an on-demand bond, or a guarantee. An on-demand bond can be called immediately, and only fraud or very limited challenges have worked in the past (e.g. the bond has expired). A guarantee can only be called upon if a breach of the primary contract has been demonstrated, and the loss has properly crystallised but not been settled by the original contracting party.

The benefit, therefore, of an on-demand bond is that payment is made immediately, so improving cash flow, and without the need to demonstrate the full and proper loss under the primary contract. There is no need to pursue the original contracting party (who might be insolvent) in order to obtain a judgment or arbitration award.

Nonetheless, guarantees are common in the domestic UK construction market, because they are economic and they are usually readily available from most contractors. On-demand bonds, on the other hand, are much more common internationally, not just because of the nature of the cross border risks involved, but also because the international contractors operating in those markets are more able to meet their bank or bondman’s requirements of counter indemnity before issuing an on-demand bond.