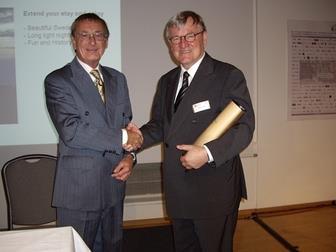 Former HVCA president Peter Hoyle has been elected president of GCI-UICP, the European umbrella body for the mechanical services and plumbing industries.

In his inaugural address to the GCI-UICP general assembly in Berne, Hoyle took the opportunity to outline some of his key initiatives.

Hoyle said: “Amongst the current priorities, prominence must be given to the recasting of the Energy Performance of Buildings Directive – an undertaking that has considerable implications for GCI-UICP members throughout the European Union and across all disciplines.”

He said that to assist member organisations in lobbying their national governments, a position paper had been produced which argued that the proposed changes to the EPBD should be retained.