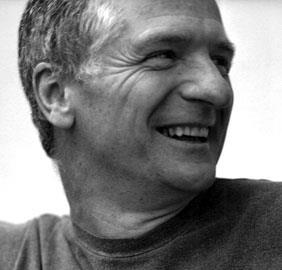 Can a grand architectural statement be sustainable? We’ll never learn until performance data is out in the open

Conventional wisdom has it that science and art are inherently incompatible, especially within the same creative mind. The notion of the architect as, first and foremost, an artist is deeply rooted, but some suggest a different mindset is necessary if buildings are going to function properly or be delivered on time and budget.

This refrain has led to numerous attempts at restraining the architect, but the separation of architectural style from the substance of engineering is the last thing we need right now. The science of sustainability requires a level of rigour and objectivity that the architect/artist cannot ignore, and yet there is ample evidence of delusion (to put the kindest construction on it) within the profession normally expected to lead the design process.

The Gherkin, Swiss Re’s City HQ, is the most iconic of the UK’s recent crop of tall buildings. It has been widely reported as a “green” building but where is the evidence for this claim? There is a fair chance that the building will be copied the world over so, if the sustainability credentials prove to be illusory, the damage could be incalculable. From my own observation, the building seems to be air-conditioned, has no solar shading and the fire officer seems to have scuppered the atrium air-paths. Nevertheless, if it is as green as it claims, we could all learn from its example if the actual performance was in the public domain.

Two more London buildings, Palestra and the Bishopsgate Tower, are examples of the same genre. The latter has a BREEAM excellent rating to boot. How is it possible for air-conditioned, deep-plan buildings with full-height unshaded glazing to get BREEAM excellent? It’s absurd, as clearly we can’t carry on business as usual and save the planet at the same time.

Then there was the “eco-chimney” plan for Battersea power station, withdrawn after opposition from the mayor. The 300m hollow tower was justified on environmental as opposed to architectural grounds, the theory being that this ventilation stack would allow the project to attain CO2 emissions comparable with natural ventilation. Why not, then, use conventional natural ventilation, which would have avoided committing thousands of tonnes of embodied CO2 to the gigantic tower? The suspicion is that a low-rise, naturally ventilated development wouldn’t have the same marketing potential.

How is it possible for air-conditioned, deep-plan buildings with full-height unshaded glazing to get a BREEAM excellent rating? It’s absurd

It’s the gratuitous use of green labels without the supporting evidence that is potentially so damaging to us all. If the science adds up that’s fine, but if it’s bogus we’re no further forward and we could even be aggravating climate change.

Conventional wisdom also says that people who live in glass houses shouldn’t throw stones, but maybe that’s exactly what we have to do. Several buildings by my practice have not performed as well as intended. The Wessex Water operations centre in Bath took three years of post-occupancy work before we achieved our original targets; the Jubilee Library in Brighton is using more energy than anticipated, mainly because lights are being left on, control systems are not fully utilised and large numbers of people are plugging in their laptops.

I try to be objective about our buildings’ performance but I also know how difficult it is to get good data. There is reluctance to publish anything other than positive figures, lest an impression of fallibility is given to competitors, clients or, worse, the insurers.

We need to break down this resistance to sharing what we sometimes don’t want to hear. Publishing pre- and post-occupancy information is an essential part of UK Green Building Council’s quest for greater sustainability. Energy performance certificates are an imperfect part of this process but at least they are a start. The government needs to find a way of using them to increase the stock of available knowledge. Equally, we must find a way of filtering out the “greenwash” before the propaganda gets the better of us. Repeat it often enough, and it will become fact.

Objectivity comes hard to anyone of an artistic temperament but for those attracted by the unlikely marriage of art and science, there can be no greater and more important challenge than sustainability.