So long, solar: is the global photovoltaics industry in trouble? 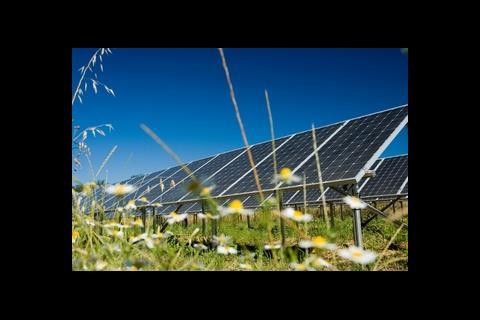 All figures in MW 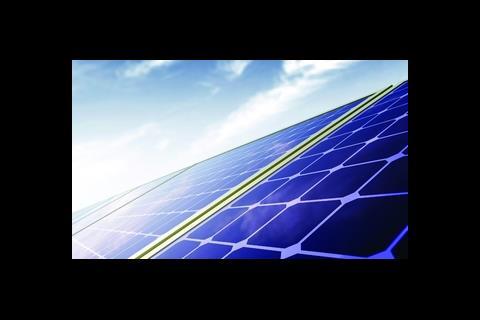 A chill wind has swept through the global photovoltaics industry, putting manufacturers in peril. Will the UK’s feed-in tariff help to save the day?

Half of the world’s solar photovoltaic manufacturers will be bankrupt within two years. That’s the shocking prediction of Jenny Chase, senior solar analyst at New Energy Finance, a research group for renewables investors and businesses.

Her claim seems bizarre. The world is waking up to climate change and there is a rush to develop clean energies as an alternative to fossil fuels, so one would expect the solar market to be booming.

What’s gone wrong? The short answer is over-expansion followed by a slump in demand. The global price of PV modules has plummeted, which would be good news for anyone thinking of installing solar on their building if it weren’t for the fact that most construction is on hold anyway because of the recession. The long-term outlook is that PV prices should continue to fall, and recently there was further good news for prospective PV installers: the UK government has proposed a feed-in tariff for PV and wind power, which means subsidies for every kilowatt hour generated could be on offer from next April.

In the short term, however, the global picture is bleak for manufacturers. According to Chase, the main cause of the slump was the Spanish government’s decision to cap its generous solar feed-in tariff from 29 September 2008. Until then, Spain had represented about half the world market for solar PV.

Eager to take advantage of its sunny climate and build a large solar industry, the government had offered a subsidy of 45 cents for every kWh of solar electricity generated, guaranteed for 25 years. This was about equal to the feed-in tariff offered by Germany since 2004, but Spain has a lot more sun, a combination that made it extremely attractive to the solar industry. The incentive was a runaway success. The Spanish government had wanted to establish 500MW of solar generating capacity by the end of 2008 but the target was overshot massively and Spain has ended up with 3GW of solar capacity, mostly in the form of ground-mounted generators. Alarmed by their escalating liabilities, the authorities put a brake on the tariff scheme. Existing commitments will be honoured but the subsidies for additional capacity have been severely restricted.

The curtailment of the Spanish subsidy has meant that PV modules once bound for Spain have flooded the world market, prompting a slump in prices. “Until 29 September last year you would have found it very difficult to buy PV modules without ordering well in advance, and you would pay well over US$4 per watt for them,” says Chase. “This year, even if you just want a small volume, the manufacturers return your call straightaway and you’ll probably end up paying something like $2-$2.40 for them.” The price crash will be “incredibly painful” for solar manufacturers, many of which are new entrants to the market, Chase says.

The extent of the oversupply is illustrated by the collapse in the price of silicon, the essential component of PV modules. In 2004 there were just four companies in the world making silicon. Since then about 70 new firms have entered the market, encouraged by the German and Spanish subsidies. The spot price for silicon peaked at $400 per kilogram in 2008, and is now about $67. Chase believes the price could fall even further as the strongest manufacturers are achieving production costs of just $35/kg.

Many PV companies have had to make big writedowns in the value of their silicon stocks and Chase says very few made “comfortable” profits in the first quarter of 2009. Share prices for the sector, which maintained their value at the onset of the credit crunch, plunged 50% after the Spanish tariff was capped and have stayed low as the lack of bank finance has kept new projects on hold.

The huge gap that exists between supply and demand is what makes Chase confident that at least 50% of solar PV makers will go out of business in the next two years. Factories will be mothballed and mergers will abound in what she believes is a necessary consolidation. Many solar companies raised large sums of money on the stock markets during the good times, which has strengthened their balance sheets in the short term, but Chase says a wave of mergers and closures is inevitable.

News of layoffs and short working is common. In July the Toronto-based silicon manufacturer Timminco announced up to 60 redundancies and the closure of six out of seven production lines. In the same month HelioGrid, a Hungarian subsidiary of Switzerland’s EnergoDolar, closed its PV production plant. The German company Q-Cells, the world’s largest solar cell manufacturer, cut working hours for 2,000 staff in April, and Switzerland’s Oerlikon Solar announced 60 redundancies and cut hours for 200 staff after reporting a 40% decline in orders in the first quarter of 2009.

Despite these travails, Chase is convinced that solar electricity generation has a good long-term, with demand increasing after the recession. She believes that generators in the sunnier parts of Europe, such as Italy and Spain, could even achieve “grid parity” by 2015, meaning solar electricity costs the same as that generated by fossil fuels, with no need for subsidies. The UK’s cloudier skies means it is likely to remain “a very minor market”.

That has not deterred the Westminster government from announcing a feed-in tariff for wind and solar electricity, effective from April 2010, as part of its Low Carbon Transition Plan. Public consultation on the tariff closes on 28 October. The proposed rate for domestic generators is 36p/kWh, which is handsome considering that domestic consumers pay 8-10p for electricity generated using fossil fuel. The tariff falls to 26p for larger solar installations of up to 5MW and installers such as Solarcentury are campaigning for an increase. “We want the rate to be 10p higher, which would give a return on investment of 7-9%, whereas the 26p rate would give a return of only 5%, which isn’t high enough,” the company said.

Such figures are treated with scepticism by those working in the built environment. “PV is still expensive and the payback periods still exceed the guaranteed life of the products,” says Chris Twinn, director of the sustainability group at Arup. “I don’t think you’re ever going to get a return; the issue is trying to make sure you’re not losing too much.”

Daryl Pope, associate director at Savills, says solar PV costs between £2500 and £4000 per kW to install, so the tariff will make little difference: “We are not talking about big bucks.”

Neither Twinn nor Pope has seen the price of PV modules fall by anything like the amount suggested by Chase. In any case, argues Twinn, half the cost of PV lies in the installation and the electronics needed to feed power into the grid. “I’ve seen no evidence so far that the prices for all that are falling,” he adds.

Anthony Coumidis, director of M&E design at McBains Cooper, agrees that PV is unpopular with clients, but believes the feed-in tariff could make a big difference: ‘The money the government is talking about is a substantial contribution. It will affect people’s attitude – if you’re getting falling costs and you’re getting a feed-in tariff, all of a sudden, clients will pay for it.”

Twinn believes that the real driver of solar PV expansion in the UK will be the zero-carbon targets for new development. “The planning system and building regulations will be ramped up to force developers to put more renewables on their buildings as we get closer to 2016, and by then there will be a significant demand for PV,” he says. It could be be too little, too late to save many of the world’s struggling solar manufacturers.