A case invovling declaratory relief relating to the ownership of a subcontractor’s equipment that was brought to site in connection with the construction of a power station. 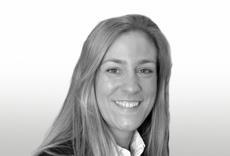 This case concerned declaratory relief relating to the ownership of a subcontractor’s equipment that was brought to site in connection with the construction of a power station.

Alstom Power Limited (“Alstom”) was appointed by RWE npower Plc (“RWE”) as main contractor to engineer, procure and construct a substantial power plant in Pembrokeshire. Alstom retained an Italian sub-contractor, SOMI Impianti Srl (“SOMI”), to carry out various electrical and mechanical works in two work packages under the terms of a sub-contract dated 16 April 2010 (“the Sub-contract”).

The Sub-contract (which was partly based on the ICE Conditions of Contract, 7th edition) included provisions that:

(i) deemed SOMI’s equipment to be exclusively intended for the execution of the works when on site and prohibited SOMI from removing it. SOMI’s equipment was widely defined to include “…all appliances and things of whatsoever nature, other than Temporary Works, required for the execution and completion of the Works excluding Plant, materials or other things intended to form or forming part of the Permanent Works”. (Clause 54.1)

(ii) provided that whilst on site SOMI’s Equipment would be deemed to be the property of Alstom. (Clause 54.2)

(iii) provided that goods and materials supplied pursuant to the Sub-contract became the property of Alstom upon the earlier of when they were delivered to site or when payment was made. (Clause 54.9)

(iv) provided if SOMI’s employment was terminated, Alstom was to ascertain and certify the cost it had incurred in completing Alstom’s work, the amount which would otherwise have been paid to SOMI had SOMI completed the works, and the difference. If the cost incurred by Alstom was greater than the amount which would have been paid to SOMI, the difference was to become a debt that Alstom could satisfy by selling SOMI’s equipment provided that if after reasonable notice SOMI failed to pay the debt. (Clause 63)

The progress of the works by SOMI was sporadic: Alstom ran into financial difficulties and suspended the works. Ultimately, Alstom terminated the Sub-contract and, contrary to the Sub-contract provisions, SOMI removed some of the essential turnover package documentation (“TOPs”) from site and took it back to Italy. The TOPs were important as they contained important information in relation to the design, manufacture and fabrication of the power plant and other critical data which would be difficult to re-create and would be needed on handover.

The final injunction obtained by Alstom was also ignored by SOMI and, eventually, Alstom terminated SOMI’s employment and commenced adjudication proceedings seeking payment from SOMI. The terms of the adjudication decision were also ignored and Alstom failed to make payment.

From December 2011 onwards, insolvency proceedings were instituted against SOMI and SOMI was put into the English equivalent of liquidation in Italy.

Throughout, Alstom retained “Sub-contractor’s Equipment” that had originally been brought to site by SOMI. Whilst the main works were handed over to RWE in September 2012, Alstom wished to keep the Sub-contractor’s equipment on site for the foreseeable future. In 2012, SOMI sought to forcibly remove the equipment from site which gave rise to the current proceedings to determine actual ownership of the equipment.

Whether actual title to and property ownership of “Sub-contractor’s Equipment” passed to and remained with Alstom.

Akenhead J held that ownership can only be permanently passed from one party to another if there is clear wording to that effect in the contract. On the facts, the Sub-contract deeming provision (clause 54.2) did not provide for the permanent transfer of ownership of the subcontractor’s Equipment from SOMI to Alstom. Where the expression used is that plant, equipment, materials or goods are “deemed” to become the property of one party to the contract, you need to look at other terms which cast light on the purpose, extent and duration of the requirement to see whether or not it was mutually intended that ownership would pass. Because the Equipment was “deemed to be” the property of Alstom, this did not mean that it had “become” the property of Alstom.

The practical purpose of SOMI’s equipment being on site was for the execution and completion of the works and the reason why the equipment was “deemed to be property of the contractor” was to make sure it remained on site until such time as it was no longer required, or the works were completed. There was certainly no good commercial reason why a sub-contractor would want to transfer ownership of the equipment on a permanent basis and nothing in the Sub-contract suggested this was the case. If ownership was to be permanently transferred to Alstom, there would be no need for the Sub-contract to state that SOMI’s equipment was not to be removed without Alstom’s consent: if ownership was to be transferred permanently, SOMI would not be entitled to remove it at all.

In reaching its decision, the court followed previous Court of Appeal authority in Cosslett (Contractors) Ltd v Mid-Glamorgan County Council (2007) 85 BLR 1 which confirmed that deeming provisions do not operate so as to transfer ownership on a permanent basis. The wording in clauses 54.9 and 54.2 was polar and drew a difference between goods that were intended to be physically on site (such as goods that were permanently incorporated in the Works) and ancillary pieces of Sub-contractor’s Equipment which was only required to execute the works.

As an aside, the court pointed out that in principle and notwithstanding the fact that title had not transferred, that Alstom would be entitled to sell SOMIs Equipment even though ownership had not been permanently transferred. The sale of sub-contractors’ equipment could be a very effective solution for contractors, particularly on larger scale projects where the value of equipment brought to site can be considerable.