The Land Rover BAR sailing team heads to the Solent this weekend for the America’s Cup World Series, with a world-beating race team that embedded sustainability into not just its new base building but also its core ethos. With Sir Ben Ainslie running the show, the team looks set to knock the competition out of the water. Antony Oliver reports 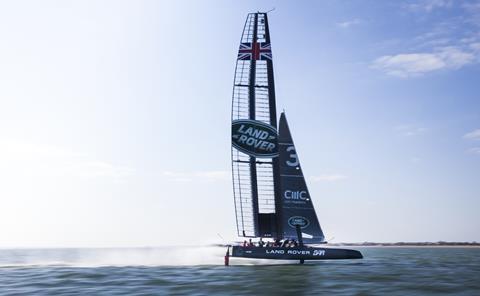 The Land Rover BAR team will be racing in the America’s Cup World Series in the Solent from 22-24 July from its new base in Portsmouth.

Having just been awarded a BREEAM Excellent certificate, the base underlines the team’s focus on placing sustainability at the heart of its America’s Cup sailing challenge.

A multimillion-pound project to develop a team plus all the high-tech, carbon-fibre based equipment capable of winning the coveted sailing challenge might seem an unlikely place to push the boundaries of sustainable thinking.

But Sir Ben Ainslie, four-time Olympic gold medal-winning sailor and architect of the Land Rover BAR team bid to win the oldest competition in sport, understood from the start that it was a vital element in developing a world-beating formula.

“We have put sustainability at the heart of everything we do at Land Rover BAR since we decided to challenge for the America’s Cup,” explains Ainslie.

“We want to win the America’s Cup, build a sustainable long-term business and do it with respect for all the principles of sustainable operation,” he added, highlighting a range of strategies developed by the team as the foundation for his world-beating race team.

Perhaps the most high-profile evidence of this is the team’s new BREAAM Excellent-rated Portsmouth base. Completed late last year, the new building features a mass of measures designed to minimise energy and water consumption and generate renewable energy (see, Raising the bar, below). 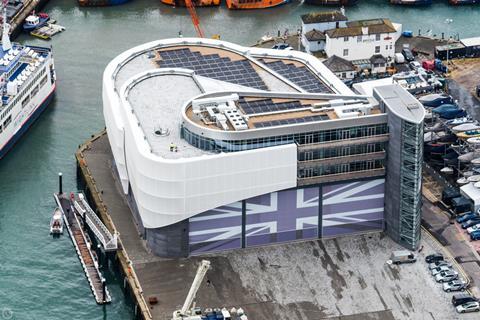 “There’s no doubt that 2015 was a significant year of transition in the way that we operate the team, moving from temporary offices and dock facilities to a BREEAM Excellent standard, purpose-built facility housing all of the team’s activities,” adds Ainslie. “The impact that this has had on our operations is clear in this report, and while there is still plenty of work to do, we know that this is a huge step forward in the sustainability of our business.”

The team’s sustainability report, Raising the Bar, was published to coincide with World Ocean Day in June. Measures such as work to redevelop the Solent’s oyster beds, boost water quality around the base and protect the marine environment are obvious places for the team to start.

However, the work carried out by the team and led by Dr Susie Tomson, the team’s sustainability manager, with support from sustainability partner 11th Hour Racing, demonstrates leadership across the spectrum of environmental, social and economic impacts of the team’s activities - both on and off the water.

In fact, Land Rover BAR is the first sports team in the UK to achieve the international ISO 20121 certification for event sustainability management systems across all its activities. Working with its supply chain over the last two years, the team has focused on carbon reduction but also on building and developing sustainable local skills and businesses to boost regeneration in the area.

Tomson, a driving force for the sustainability efforts at Land Rover BAR, explains that this work includes construction of an artificial reef to boost the oyster population in the Solent region, driving sustainable innovation across its race team and equipment development activities and support for the local economy by sourcing from its local supply chain and skills. 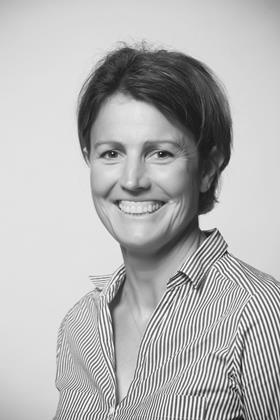 “The achievements made by the team are largely due to its leadership in this important area,” she explains, highlighting that Ainslie personally embraced the concept of developing an America’s Cup challenge that embedded sustainability into its core ethos.

This has included initiatives such as life-cycle energy analysis of the race and training boats, recycling of carbon fibre in conjunction with the teams title and innovation partner Land Rover, and working with team sponsor BT, rolling out a new supplier assessment tool and developing a “virtual chase boat” system that reduces fuel consumption.

“Ben recognised the potential to deliver more than just a sailing team and use the platform to really drive positive change for the better, raising the profile of environmental, social and economic sustainability in sport,” she adds.

Tomson has worked as a sustainability consultant at the top of the sporting scene delivering programmes for a number of high profile clients including the London 2012 Olympics and the Ryder Cup golf tournament, meaning she understands the wider value of the sustainability investment. She founded Earth to Ocean in 2009 and joined the construction-based PCSG in 2014, so working with the Land Rover BAR team and connecting the operational sustainability ethos to the BREEAM-excellent building that was also recently recognised as an exemplar in the BIM world is an exciting proposition.

With the 2016 Rio Olympics starting on 5 August, Tomson believes the link between sport and sustainability has never been so crucial. Success she says, is about delivering on all aspects of sustainability - economic, social and environmental - engaging partners, suppliers and fans, inspiring the next generation, accelerating industry solutions to large-scale problems, raising the skills base and making sustainability mainstream.

Earlier this month she travelled to Houston, USA to take part in the Green Sport Alliance annual conference, which focused on the challenge of delivering sustainability into 21st century global sporting events, venues, leagues and teams.

“Sixty-one percent of people follow sport in the US but only 13% follow science,” she explains. “So sport is a massive platform to engage people on global issues that will affect us all. The challenge is to achieve this in an engaging and innovative way.”

As a network of major sporting venues, leagues, teams and events, the Green Sports Alliance is well placed to provide the vital drive for sustainability and share best practice amongst the major sporting players, she explains.

“At Land Rover BAR we have built the team base to BREEAM excellent with the aspiration that this acts as the framework for our operations - when people visit, they can tell the building is different - it is all about design, technology and innovation which delivers sustainability on so many fronts,” she says.

“Ben is a role model to so many young and old and has embraced the sustainability message. Our activities range from raising awareness of ocean health and ocean plastics, improving biodiversity and looking for end-of-life solutions to composite materials - we keep challenging all aspects of our industry and operations to identify
better solutions.” 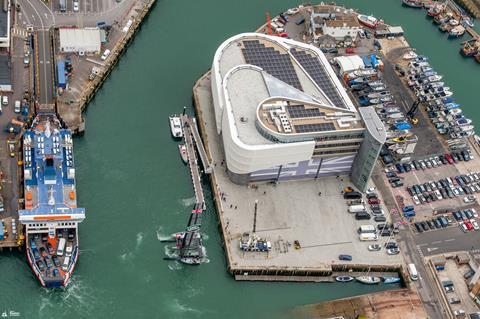 BREEAM is marking its 25th anniversary this year, celebrating its contribution towards shaping a sustainable built environment.

Over the last quarter of a century, the scheme has evolved and grown to reflect advances in science, technology, policy and business. Today BREEAM is the world’s leading sustainability assessment method for buildings and communities, with more than 530,000 certificates issued and a global reach encompassing more than 70 countries.

For details of the BREEAM and its 25 anniversary facts visit www.breeam.com/breeam25 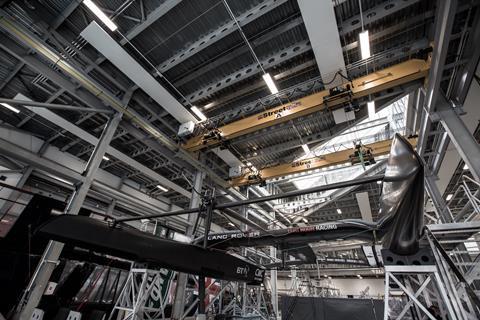 Inside the home of Land Rover BAR - Portsmouth

A brief history of the Americas cup

In 1851 New York Yacht Club Commodore John Cox Stevens raced his schooner America in the Solent to win the Royal Yacht Squadron’s 100 Guinea Cup. The trophy crossed the Atlantic and was donated to the New York Yacht Club as “a perpetual challenge cup for friendly competition between nations” and the America’s Cup challenge was born.

Operating from its new BREEAM Excellent-rated base in Portsmouth, the Land Rover BAR team has embraced a sustainable approach to developing its team and boat technology while racing the Louis Vuitton America’s Cup World Series, the first stage of the 35th America’s Cup.

The Solent leg of this series is held on 22-24 July and the competition and challenge moves towards its conclusion in 2017 for the America’s Cup show down in Bermuda. 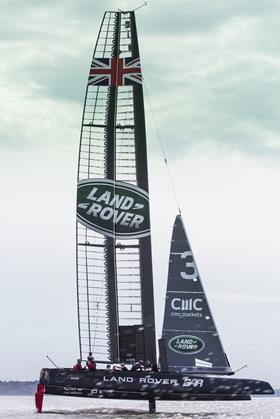 Around the office, BAR’s choice of suppliers has led to savings of:

The team has supported training in the Solent region with:

A copy of the report and further details of the Land Rover BAR team challenge can be found at www.landroverbar.com