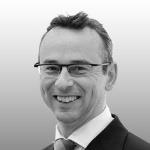 Last week the Recruitment & Employment Confederation (REC) published a survey which found that 9 in 10 UK employers will increase or maintain their temporary workforce in the next three months. Nearly half of the companies surveyed anticipate a shortage of candidates to fill permanent roles in the next year, and the construction, engineering and technical sectors were highlighted as particular areas of concern.

The increasing demand for temporary workers is said to highlight employers responding to reduced availability of candidates to fill permanent vacancies. With unemployment figures falling again to the lowest in four decades, the REC survey shows that there is very limited spare labour capacity in the market.

For employers in the construction sector there are a number of issues that arise from having to fill the skills gap by engaging temporary workers that go beyond just the extra costs of recruitment fees. The use of temporary workers causes planning headaches for management and can be disruptive to managing workloads.

Many employers are also reluctant to invest time and resources in up-skilling any temporary workers as when they move on to another organisation, employers see no return on their investment. Temporary workers are also potentially less loyal than permanent staff so may be viewed as less engaged in working for the best interests of the company.

Despite all these issues, however, the construction industry will continue to be forced to use temporary workers in order to plug the skills gap

A further area of difficulty relates to immigration. The Immigration, Asylum and Nationality Act 2006 makes it a criminal offence to employ someone who is subject to immigration control and who has no permission to work in the UK. Having to regularly draft in temporary workers to provide cover for vacant roles can lead to potential increased risk of failing to complete the necessary immigration checks. This can mean fines for employers and the loss of sponsorship licences.

Another risk for employers is that if a temporary worker remains with the company for over two years, they obtain unfair dismissal rights and could raise a claim if a fair dismissal process is not followed.

Despite all these issues, however, the construction industry will continue to be forced to use temporary workers in order to plug the skills gap.

Recently the ONS announced that net migration to the UK was estimated to be 248,000 in 2016 - a fall of 84,000 from 2015. These figures were said to confirm warnings of skills shortages due to an apparent exodus of European workers after the Brexit referendum. The underlying concern is that these figures represent the industry’s fear the existing skills shortage was being made worse by a growing number of bricklayers, carpenters and other skilled construction workers leaving the UK to return to Eastern Europe. Whilst the skills issue has been spoken about for years, the impact of Brexit is only now apparently being felt.

Despite the negative impact of Brexit, the good news is that the landscape is changing with the introduction of the Apprenticeship Levy and the need to identify how the existing skills structures such as the Construction Industry Training Board can best support the industry in meeting its skills challenges. However, short term solutions appear hard to find, where the answer appears to lie is in long term investment and planning.

How quickly the sector can unite to address the skills gap issue is yet to be seen but with the Construction Leadership Council being focused on the issue, it does appear that the sector is speaking with one voice.  Key areas for the CLC include attracting a wider pool of talent, supporting those joining the industry, developing retention strategies and educating the public about the range of opportunities in the industry. The quicker the sector, the government and the educationalists can agree a way forward, the better.