The government has used the recent leaseholder scandal to blame the industry for the ‘broken’ housing market. In fact, it’s just covering up its own lack of action when it should be working with housebuilders to find ways of fixing the problem 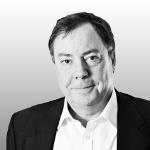 “Those cowboy builders are at it again!” So ran a typical summer story headline last month, as Taylor Wimpey and others were forced to backtrack on leasehold arrangements which were interpreted by many as backdoor fees designed to exploit beleaguered first-time buyers. Regardless of the facts no one came out of the debacle looking good.

However, what really irked, was the way the government leapt on the leaseholder scandal quicker than Donald Trump on a Twitter rant. Communities secretary Sajid Javid, taking up his new mantle as consumer champion, said: “Enough is enough.”

These leaseholder practices were unjust, unnecessary and needed to stop, he said. Apparently there were 1.2 million cases of houses on leasehold, and the situation of escalating costs was one example of a “broken housing market”, implying it was the fault of the builders that things are not working in housing.

I have no issue with clamping down on bad practice and a government so mired in the Brexit negotiations fiasco needs all the good headlines it can get. But this attack on housebuilders, linking them en masse to the “broken” housing market when only certain firms have been connected to the leasehold issue, is unjust and unfair. Allegedly dodgy leases are one thing; a shortage of 1 million new homes is quite another.

Our housebuilders are UK success stories. Just look at their turnover and share value over the past five years. This is not something to begrudge as successful businesses pay Her Majesty’s Government an awful lot of tax, as well as employing hundreds of thousands of people.

But housebuilders are also vitally necessary businesses. We all know we are simply not building enough houses. In the 12 months to March, the UK built 147,960 homes and according the government’s own figures we need at least 225,000 every year to close the housing gap. Our private housebuilders constructed 121,030 of those units and the top 10 housebuilders were responsible for 60%. In the latest three months, private housebuilders have increased volumes by 9%. So what part is the government playing to fix this national crisis?

You may recall the housing white paper, published in February, “Fixing our broken housing market”. It was seemingly stalled by a general election and now all seems to have gone quiet in Javid’s department.
Here are some simple facts: since 1997 we have had 15 housing ministers and property prices have soared by 250%. The ratio of average house prices to average earnings has more than doubled in the same period, topping 10 times in London. There are not enough houses being built, the shortage pushes up demand which causes increased prices. People cannot afford to get on the housing ladder.

Government surely has a key role in alleviating this housing crisis. By using diversionary tactics such as jumping on the “new-build-leaseholder” issue, it is obfuscating and camouflaging its lack of real action. It should get on with freeing up the planning system with incentives to encourage developers to build homes more quickly.

If we have a serious crisis, then the government needs to stop trying to win cheap headlines and come up with serious solutions

Another key issue is skills and materials shortages which are not being helped by weak sterling and the potential ban on immigrant labour brought about by Brexit, over which the government seems perpetually confused and conflicted.

If we have a serious crisis, then the government needs to stop trying to win cheap headlines and come up with serious solutions. It can be done. Billions of pounds have been allocated to help fix our ageing rail system. Perhaps we need to be looking at similar ring-fenced funds to support a new national housing authority. It could be given powers to scythe through planning issues in the same way as the HS2 tunnels are going to cut through the Chilterns. It may not be popular but if there is the political will, it can be done. We need experts running the programme and we must incentivise local builders to take on and train school leavers who will see construction as the first port of call for a career, not the last.

Maybe the government should be concentrating on real solutions rather than trying to win cheap headlines. All at the expense of those, on whom they increasingly rely, to get them out of a mess created by the lack of action by politicians in the first place.