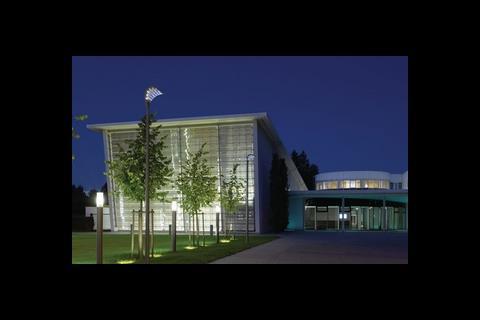 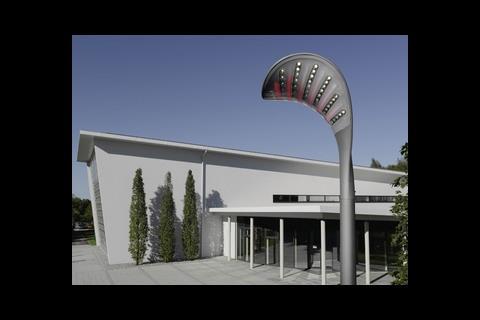 The DL10 at Siteco’s offices, where staff have dubbed it “the Pringle” 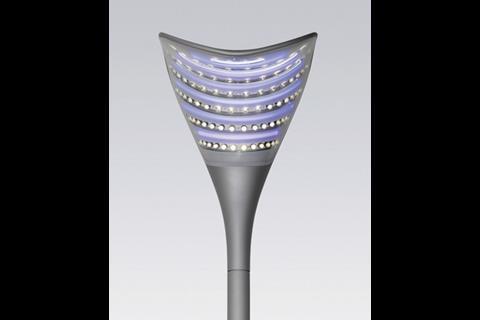 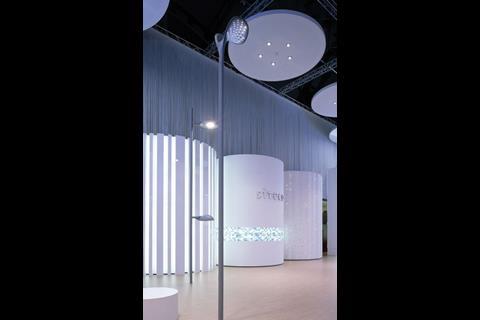 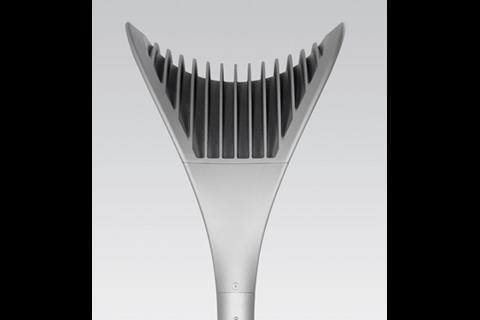 Affectionately nicknamed “the Pringle” by Siteco staff, the DL10 is the lighting company’s first roadside luminaire featuring LED technology. It comes in white light (4000K) and colour versions and has been developed as a means to illuminate prestigious squares and other city centre locations as well as streets.

The 86 high-power LED units are boosted by lenses and special reflectors and the RGB (red, green, blue) colour version has an optical waveguide system. The white light fulfils the EN 13201 road lighting standard. The total output is about 6700 lumens, and LED lamps are claimed to have a lamp life of at least 50,000 hours against 15-18,000 hours for SON sodium lamps.

The DL10 can be dimmed and with some councils already discussing how to cut light output on roads at quiet times, generally midnight to 5am, this could assist reductions in energy consumption.

Michael Härtl, head of research and development for Siteco, describes the fitting as a design statement with the potential to increase energy efficiency. “We believe that LEDs can bring something more to the market,” he says. “Our job is to produce products and solutions that will help to reduce energy consumption in street lighting to a third of present standards, and we believe we can do this in 5-10 years.

“There’s real potential in LED technology, particularly in the application of street lighting. It’s all about how we can achieve added value.”

LED technology allows more creativity with luminaire housing and also lower-level construction. The DL10 is an organically flowing form from mast spigot to luminaire head, and appears to come from one casting. It is made of diecast aluminium with an optical enclosure of part-matt acrylic. By the company’s own admission, for now it will be selected because of its looks rather than its potential to radicalise street lighting arrangements. There has been interest, however, from businesses looking to reinforce their branding colours outside their premises. Härtl says: “We have had orders for company identity schemes using brand colours, so people are starting to play around with this concept, and that comes straight from the application of LED technology.”