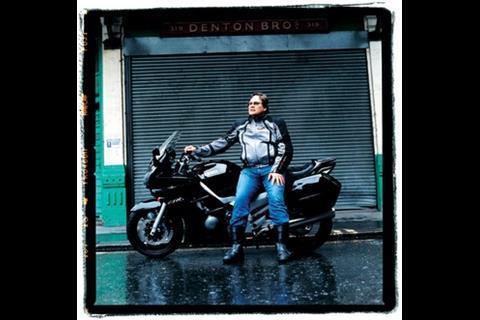 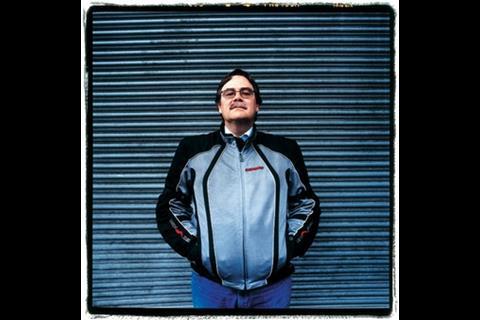 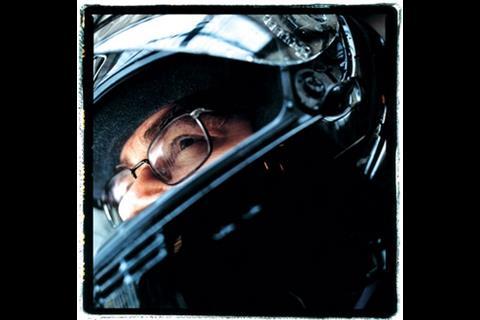 After a 40-year career in the public sector, Ted King could be escaping into the sunset on his Yamaha FJR 1300. Instead, he’s becoming a vice-president of CIBSE. He explains why to Will Jones

“I’m not your Jesus sandals, sackcloth and ashes kind of environmentalist,” laughs Ted King. “But I am fully committed to achieving a built environment that demands less energy and produces much of its own power.”

Dressed in biker gear, standing next to a motorcycle that has an engine larger than many a small car, King doesn’t look like your average green advocate, it’s true. Nor is he how you’d picture a civil servant, the man who developed Part L of the Building Regs – and CIBSE’s newest vice-president.

It shows how deceptive appearances can be. King, who retired from the DCLG last month, has had a huge influence in making design and construction in the UK more environmentally friendly. Without the high public profile of green movement champions, rewarded with civic honours, he has quietly gone about the business of laying down environmental guidelines for the construction of all buildings in the UK.

A building services engineer by trade, with experience working for the Property Services Agency on military secondment in Germany, King applied for a job in the Building Regulations Division in 1992. “I was told at the interview that the challenge in the job was the expansion of the Building Regs to respond to the need to increase energy efficiency standards,” he says. “That turned out to be something of an understatement.”

King supervised a small in-house team and a large consortium of industry figures, which toiled to produce technical proposals for Part L. He had to cajole and convince lawyers, ministers and the Building Regulation Advisory Committee over proposals that could best deliver the energy efficiency improvements, while being cost-effective, flexible enough for designers and not technically challenging.

This was hard work at times but King’s eyes light up when he says: “I love the wheeling and dealing inside government, although we shouldn’t call it that; the excitement of seeing your proposals written into statute; and engaging with industry to first plan and then disseminate the proposals and regulations to ensure that everyone understands the benefits of what you and they are doing.

“One of my proudest achievements was the 2005 amendment to Part L, which brought in condensing boilers as the standard when replacing domestic heating systems. It could be seen as a small thing, but there are 1.2 million boiler replacements a year, and between 2003 and 2005 condensing boilers went from under 20% of the market to over 80%. This is a great example of government intervention working well; taking a mature technology with undoubted advantages and ensuring its spread for the benefit of everyone and the environment.”

Part L has taken up a large part of King’s working life in government and it continues to be reviewed to respond to the raising of environmental standards. “Initially, in 1995 and then 2002, the overall aim of the regulation was to increment performance standards, capture more of the building services energy consumers – like air-conditioning – and bring the calculations systems, such as U-values, up to date within the bounds of cost-effectiveness, flexibility and low risk,” he says. “In 2006 the aim changed. We worked to move industry over to the new ways of showing compliance required by the Energy Performance of Buildings Directive, while still achieving a substantial improvement of standards.

I know my way round government, both Westminster and Brussels, and I can be an advocate for CIBSE

However, the Energy White Paper in 2003, the Stern Report and the Energy White Paper in 2007 triggered a groundswell across government as to how to best mitigate climate change. The 2007 policy statement on building a greener future and the 2008 budget report are signals that government wants a sea change to deliver zero carbon buildings in the next decade. “The constraints of cost-effectiveness, practicality, flexibility and low risk remain but the incrementalism is in the past,” says King.

Now, at the age of 60, after a 40-year career in the public sector, King could ride off into retirement, and his wife would probably like him to. The pair are avid motorcyclists: his bike is a Yamaha FJR 1300, hers a relatively diminutive Yamaha Fazer 600. They own a house in the Dordogne and enjoy nothing more than cruising the country roads of Britain and France.

Life, though, rarely goes entirely to plan; well not for Mrs King anyway – her husband has taken on the role of CIBSE vice-president. “I’m glad to be finishing my five-days-a-week job, although I’ll be sad see the back of my colleagues and I should thank them and the industry folk I’ve dealt with over the years for their support,” he says. “However, I’m looking forward to working with CIBSE. This new role is about me giving back to the institution I’ve been part of for so long.”

King sees his experience in government as an asset to CIBSE and he is keen to continue to work on environmental issues. “I know my way around government, both Westminster and Brussels, and I have a lot to contribute with regards to legislation and its successful implementation. I am a building services engineer but my experience gives me a great awareness of how to get technical messages across to industry, and, it enables me to be an advocate to get the best for the institution.”

He is only just beginning to find out exactly what the role of vice-president entails, but says he looking forward to influencing decisions as a senior member of the council and implementing the president’s broad church agenda.

“I also passionately believe that we must do something to reduce our reliance on fossil fuels. However, it will be easier to do this in the built environment than by trying to get people to give up their cars and foreign holidays. Government targets for zero carbon homes by 2016 are seriously challenging, though. Consultations this year will hopefully clear up exactly how we define zero carbon and government needs to listen to institutions like CIBSE and the Green Building Council to fully understand the issues involved.”

King has worked on the minutiae of government policy but he sees the broad picture with a clarity uncommon in his political masters. He also professes to have many tales best left untold in the meantime, if he is to fully utilize his contacts for CIBSE’s benefit. There may be some ministers who hope his role at the institution lasts a long time…