It was 20 years ago this week that the Channel tunnel opened. Building marked the occasion in 1994 with a feature examining what the industry had learnt from its experience on the project as bidding began for the high speed rail link from Folkstone to St Pancras.

Then features editor Denise Chevin (later the editor of the magazine between 2004-2010) wrote: “Today Britain becomes officially joined to continental Europe when the Queen and President Mitterand open the £10bn Channel tunnel.” She also noted that following the success of the tunnel, the government was “courting the private sector” for other large rail jobs, including the modernisation of the West Coast railway line and extension of London’s Docklands Light Railway.

It seems that perhaps the “courting” wasn’t entirely a case of true love running smoothly though - earlier in that issue the Channel tunnel (or “Chunnel” as it was referred to at the time) was also mentioned by Adrian Barrick, then news editor and later Chevin’s immediate predecessor in the editor’s role. He broke a story about a consortium pulling the plug on its bid for the “Chunnel’s” Rail Link project, citing a “horrendous” bidding process.

You can read the full articles by clicking on the two pdf files below.

To read more articles from the Building archive, go to www.building.co.uk/archive 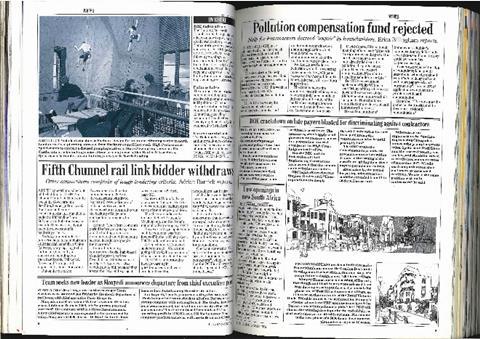