Time to put the lighters out? 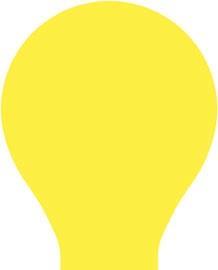 News of the proposed split of the Society of Light and Lighting (SLL) from CIBSE to form a “single voice” for lighting within the Institution of Lighting Engineers (ILE) reached SLL members in July.

As a diploma member of the former Illuminating Engineering Society, I clearly recall the pain of many IES members with the demise of their institution in the merger with the Institution of Heating and Ventilating Engineers to form CIBS in 1974. Notable casualties were WR Stevens, IES past-president, and Bill Allen, principal of Bickerdike Allen, who were refused membership transfer to the newly formed CIBS. As a result, “heaters” and “lighters” have always been unmiscible, with the lighters seeing themselves very much as an institution within an institution – with CIBSE but not of CIBSE.

Current developments can be traced back to the ILE’s application to the Engineering Council circa 1996/97 for recognition as a nominating body. This was backed by a cadre of CIBSE “lighting provisionals” and despite the “official” CIBSE’s strong representations, the EngC felt it was not its job to sort out the internal disputes of member institutions. Thus the seeds of discontent were sown and the lighters’ resentment has festered to the point where it appears likely to erupt into a Chechnya-style breakaway.

But what about the “heaters”? What if they, with their large majority, vote against the release of the SLL? What, then, for the future of the union, the royal charter and the self-proclaimed role of CIBSE as an umbrella?

I will not be unhappy to see the lighters go, it being inevitable in my view. Perhaps we could fill the void by seeking an enhanced strategic alignment with the Institute of Refrigeration, Chartered Institute of Plumbing and Heating Engineering, British Institute of Facilities Management and the electrical installations arm of the Institution of Engineering and Technology. A single voice for building services (“The big issues”, BSj 09/08) would be much more convincing to clients and kindred professionals than continuing a fractured association with the SLL.

Following the debate over the future of lighting within the institution, the CIBSE board has undertaken a review of how to provide comprehensive support across all interests and specialisms. In coming months CIBSE will develop a more federal structure for its learned society activities. This will create specialist groupings for the different disciplines within the built environment. These will be supported by cross-group activities such as publications, policy and consultation, knowledge and training.

There is also recognition that fragmentation within the lighting profession was counterproductive to the influence of the profession and discussions between the SLL and the ILE were making progress to resolve this. The board agreed that its preferred route for this was to follow the CIC model – providing a single voice for all professionals – and agreed to provide resources and support for such an initiative with a view to achieving this goal.

After much discussion the board concluded that it wished lighting to remain a core part of CIBSE’s remit and that lighting knowledge should be imparted from within the institution rather than wholly outsourced. It also believed that the move to a federal structure would result in lighting specialists engaging more with the rest of the institution in the holistic approach to creating the built environment we all seek, thus giving an enhanced SLL a wider and stronger voice.

SLL members as individuals are free to go wherever they wish. Lighting remains a major CIBSE concern and will be represented by a strong “Lighting Unit” – the title is not important here – that will hold all the current CIBSE Lighting assets. CIBSE’s Lighting Unit will be keen to participate in any cross-industry task groups that may be necessary from time to time to address issues of common interest.