Too good to waste 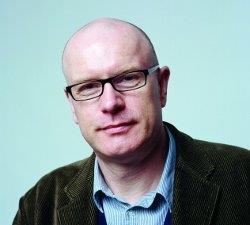 Has the time come to accept waste-to-energy projects as a valuable part of a sustainable waste management solution?

Waste incineration, which dominates the UK sector, is hugely unpopular with the public and environment campaigners. However, new, cleaner technologies that can turn rubbish into electricity and heat have fuelled interest, as we report on page 35.

The logic is simple: rather than burying waste, it is burnt to produce energy that would otherwise have to be generated by fossil fuels. As well as cutting the use of high-carbon fuels, such schemes divert waste from landfill.

Public concern over the health impacts of burning waste means waste-to-energy technologies have yet to find favour with developers. Critics also claim that they reduce recycling because they compete for the same rubbish as the recycling centres. No matter how efficient the waste-to-energy plant, reusing or recycling materials will always save more energy than could be generated by burning them.

The best solution, of course, is not to produce any waste in the first place. Some environmentalists argue that banning landfill and incinerators would compel us all to recycle and compost. However, it would take a very brave developer to put its efforts into creating an infrastructure that promotes zero waste and the reuse of resources in the community.

In reality, recovering energy from waste that cannot be recycled is a sound environmental objective. Provided developers can overcome nimbyism, wasteto- energy technology has the potential to help significantly reduce a scheme’s waste output as well as contributing to its energy mix.

This is the last issue of Building Sustainable Design. After almost a year of trying to succeed in a difficult commercial climate, BSD is to cease publication.

A sustainable built environment is as important now as when BSD was launched 11 issues ago, and its publisher UBM will continue to serve forward-thinking designers through our sister magazine Building. Its website, www.building.co.uk, will include an archive of the editorial content of BSD.

All that remains is for me to say a big thank-you to all who contributed to this magazine in its short life: in particular, everyone on the editorial panel and the next generation panel who gave their time so generously; the advertisers for their support; and most of all you, the readers, for your feedback and encouragement. I hope BSD has kept you informed and entertained. Any enquiries should be addressed to vikki.mcleod@ubm.com.