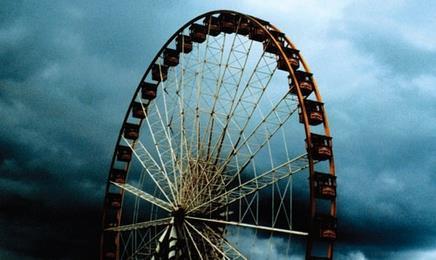 It looks like we’re in for nasty weather. Problem is, most of the the industry has only known bright, bright sunshiny days. So what can the people who went through the misery of the early nineties teach them?

Ian Marcus, European head of real estate and “champion rainmaker” at Credit Suisse, surveyed his audience at the Cafe Royal, the upmarket establishment in London’s Piccadilly. It was this June’s Movers and Shakers property networking club breakfast, and Marcus had decided to give his largely youthful audience of 450 some food for thought alongside their sausages, bacon and scrambled eggs. “Stick your hand up if you were working during the last crash in the late eighties and early nineties?” he said.

Only a handful did, and his point was made: most people in the industry at the moment have known only growth. The spectre of a general recession is new to all but a handful of senior managers.

Building’s list of the top 150 contractors and housebuilders, based on their last results, shows just how bountiful the good times have been. Balfour Beatty, the biggest contractor, made a turnover of nearly £7.5bn and the leading housebuilder, Taylor Wimpey, raked in more than £4.7bn. Contractors’ average profit margin has been 3% – its highest level for 20 years – and housebuilders have been making more than 16%.

But this has all changed. Housebuilder after housebuilder has shed its workforce over the summer, and some estimates suggest that 100,000 jobs could go. Developers are shelving projects, too, as companies no longer have the money to expand. This will inevitably hit contractors and their subbies. Next year’s top 150 will make far gloomier reading.

To cope with the downturn, experience is vital. The Royal Bank of Scotland (RBS) has made senior managers with experience of the nineties recession available to advise its smaller business customers. RBS hopes that they will be able to offer the help and warnings necessary to see these businesses through the bad times.

Here, Building asks a selection of veterans who made it through the last crash a few questions about what lies ahead …

Housebuilder margins were 16.1% last year and 15.9% the year before that. However, during the last downturn in 1991 and 1992, they made losses. Is this likely to happen again?

“Margins are probably already that low for some housebuilders. People who bought land at market value in the past two to three years will have seen their margins severely dented. In the north of England, margins have been hit much harder than in the South-east. It’s going to be 2010 before we see any significant improvement. I – as well as the rest of the Countryside management – have a few battle scars from the last two crashes and that means we’re well prepared. A year ago we started selling off interests in certain projects.”

The average pay within the top contractors and housebuilders has risen by 78% since 1995. Last year the increase was 1.5%, which took typical pay to nearly £36,000. How will the current downturn hit pay?

“There undoubtedly won’t be any significant increases. When a bull market moves to a correction as fast as it is doing now, people quickly appreciate having a job. But if my people aren’t getting a pay rise, neither will I. We expect people to work 110% for us – in return, if we continue to turn out profits as we have been doing, we will reward our people. You’ve always got to keep the best.”

Completions have been nearing 200,000 a year, edging towards the government’s 250,000 target. The three biggest housebuilders all construct more than 14,800 units a year now. What will happen to completions?

“This is primarily a liquidity problem. Housebuilders have had to cut back, and the general consensus is that in England production will move from 190,000 units to 100,000. The worst-case scenario could be even less, but this is an acute short-term problem. When liquidity – mortgage availability – does improve, as it surely must, huge pent-up demand for housing will be released. Economist Kate Barker estimated that the backlog was about 500,000 homes. This will rise to about 750,000. The economy is in better shape than in the nineties.”

In the late eighties, contractor margins regularly topped 3%. This fell to 1.1% in 1995 and only returned to the glory days last year. Will margins be similarly damaged this time?

“No, not among the major contractors. They all learned some lessons last time, that is, they now know to drive costs out to maintain the margin. There’s still a huge amount of waste in construction – wasted labour, wasted time, wasted materials – that can be cut out. Back in the early nineties we let market forces take over – tendering was all about cost, construction was much more commoditised and to win work contractors just dropped their prices. The major contractors are more sophisticated these days. However, the lads that deal in the smaller stuff could find the situation vicious.”

Average pay among the top 75 directors is £618,300, only a couple of grand lower than 2006. Surely the fat cats can’t expect to be further indulged?

“Board bonuses will be frozen for the next two or three years. They’re on stop from now, as the recession is already starting to bite contractors. Last time, there was a lag of about two years between housebuilders’ problems and contractors’. However, the housing market has collapsed so fast that it is already moving on to contractors. This crash is going to be a biggie, but we’ve already secured our financial targets for this year [April 2008 to March 2009].”

The top 150 companies have shown huge growth in recent years. For example, Balfour Beatty, in the number one slot this year, has a turnover of nearly £7.5bn for 2007, up from £5.3bn the previous year. Can this level of growth continue in this market?

”People will find that their growth slows down unless they go overseas like Balfour Beatty, and work in countries not facing recession. The residential sector has been hit the hardest here, so the last thing you want to be is a supplier to that market. The health and education sectors should continue to jog along.

“Last time, contractors found that 1992 and 1993 were dire years, but by 1996 and 1997 everything was back on. If we follow that cycle, we should hit the bottom next year and hopefully recover by about 2011. Contractors should seek out strong markets – there will be some, the economy doesn’t just stop. For example, in the mid-nineties student accommodation was strong as there was a big drive to send people to university.”

Mark Leftly is a reporter at the Independent on Sunday