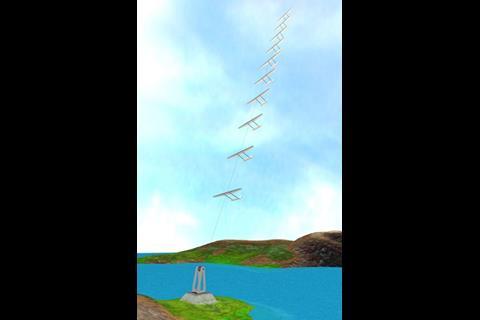 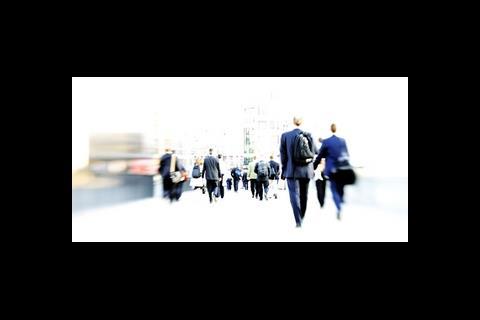 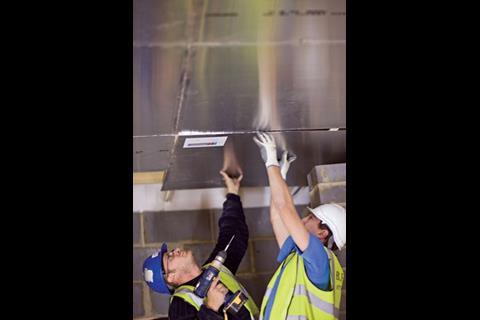 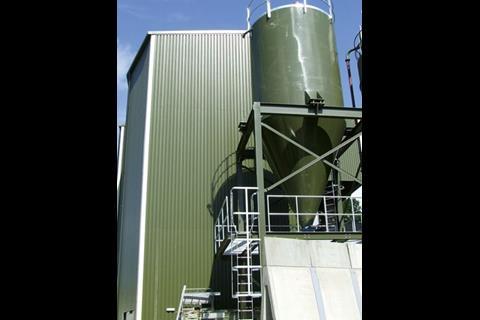 Energos gasification plant on the Isle of Wight. 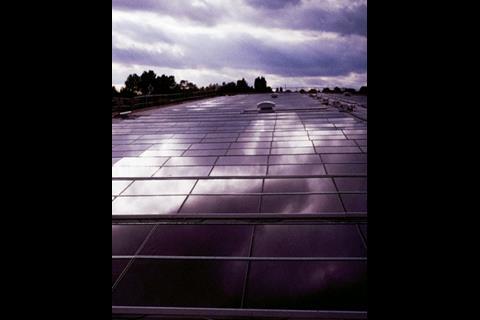 High-flying kites with 10m wingspans could one day be used to generate electricity far more efficiently than wind turbines. This is just one of many ideas for renewable energy, from the wacky to the pragmatic, that are in development. Others include cheaper ways to make solar panels and a staircase that collects energy.

Huge kites could one day be used to harvest wind power far more efficiently than today’s turbines. They use far less material than turbines and they can reach much higher altitudes, where the wind is more powerful and more consistent.

Californian company Makani Power is developing high-altitude kites for wind power with financial backing from Google, which has made a number of investments in renewables. Makani has made few details public and did not return calls.

However, Saul Griffith, the firm’s chief scientist and president, visited Cambridge University in December to give a talk to physics students. According to David MacKay, a professor in the department, Makani says it can extract 6kW per m2 using kites in a well-located wind farm, compared with 1-2kW from a standard turbine. Griffith showed a video of a working prototype, although commercial production is a long way off.

In Holland, Delft University of Technology is also experimenting with kite power. In August it announced it had successfully tested a 10m kite that produced 10kW and it is working on a 50kW version.

Kites generate power by pulling against their mooring point as they sail upwards or by acting as carriers for turbines that send power back to earth. “It is completely plausible,” says MacKay, author of a book on renewables called Sustainable Energy – Without the Hot Air.

“I used to think these people were a bit crazy, because I didn’t understand the physics, but after meeting Saul Griffith I believe he’s on to something that would definitely work. It deserves investment”.

The cost of manufacturing photovoltaics could tumble over the next few years thanks to thin-film technology. Today the market is dominated by crystalline PV, which is laboriously made using comparatively thick slices of silicone.

Thin-film PV uses only 10% of the silicone required to make crystalline PV. The thin layers are deposited on a substrate of glass, stainless steel or polymer. As well as saving raw materials, thin-film is easier to mass-produce and contains less embodied energy because it is made at lower temperatures.

The drawback is that it is less efficient at converting sunlight into electricity. Dan Davies, chief technical officer at PV provider Solarcentury, says an installation of thin-film solar panels will generally need two-and-a-half times as much space as crystalline to generate the same amount of electricity. This makes it impractical where roofspace is limited, but suitable in locations such as the top of warehouses.

It offers a lower per-unit cost for electricity. Davies says some manufacturers claim their products can produce electricity for less than $1 per watt peak (ie, when the equipment is running at full capacity), compared with more than $2 for crystalline PV. He estimates that thin-film makes up 15% of the solar PV market but says: “It is expected to expand quite rapidly, there has been a huge investment in manufacturing.”

Printed PV could cut manufacturing costs further, but it is not yet commercially available for use in construction. Firms such as Konarka in the US and G24i in South Wales are working on ways to print a substrate with photo-active inks.

The problem is the printed products don’t yet last as long as more traditional PV products, so their use has been limited to applications such as mobile phone chargers. “It may be available [for the construction market] in the next five years, but not next year. The technology needs to be a bit more tried and tested,” says Davies.

These technologies promise to extract more energy from waste than is possible with traditional incineration, and to do it more cleanly. In pyrolysis, waste is cooked to about 800C without oxygen. The waste falls apart, separating into a compact residue and syngas, which can be turned into transport fuels or can be burnt for heat, electricity or both. Gasification is similar to pyrolysis but uses a small amount of air in the heating process.

Dr Tim Jervis, previously director of sustainability at consulting engineer Pell Frischmann, says pyrolysis and gasification plants can deliver about 1MW/hr of electricity for every tonne of waste and can be twice as efficient as incineration, depending on the waste used. He has co-founded Verus Energy, a waste to energy company which aims to bring together the elements needed to make pyrolysis work – the plant and technology, the waste supply, the land and the end users.

Jervis foresees pyrolysis plants being located near housing and/or commercial property to supply part or all of their energy needs. “We will work with building owners and site owners to take away the problem of power, heat and waste,” he says. Verus hopes to announce its first project within 12 months.

A gasification plant that uses municipal waste to generate electricity became fully operational on the Isle of Wight in March. It is operated by the Norwegian firm Energos, which already has four plants in its home country and one in Germany. The British plant generates electricity at a rate of 2.3MW per hour for sale to the national grid.

The energy consultant Juniper says that although the basic technology is not new, several proprietary processes have been developed in recent years, with more than 150 companies around the world now marketing systems based on pyrolysis and gasification for waste treatment.

Phase change materials offer a way of using thermal mass to cool buildings, without heavyweight concrete. Manufacturers are producing wall and ceiling panels that contain a layer of paraffin-based wax. When the temperature in the building rises, the wax melts, absorbing heat as it does so. The wax solidifies again at night when the building cools down.

BASF claims its Micronal PCM SmartBoard has the same heat insulating capacity as a 12cm-thick brick wall and can reduce temperatures by 3-4C, which it says is “almost equivalent” to the effects of air conditioning. DuPont claims its Energain aluminium-laminated panels can reduce peak temperatures by up to 7C.

Dr Jonathan Gray, senior mechanical engineer at White Young Green, believes the panels have “definitely got potential”. He installed Energain panels at the new Hamond’s High School in Norwich last autumn as an alternative to concrete slabs. He is waiting till the end of summer before giving his final verdict on how well the panels perform, but says initial tests showed a similar effect to about 10cm of concrete.

Cost is a drawback with phase change materials. Energain is about £50 per m2, but at Hamond’s school, problems with crane access and scheduling made it cheaper to use Energain and a lightweight structure for the classroom than to build load-bearing walls and lay concrete slabs across them.

“I certainly think it could become a lot more popular,” says Gray. “You have to balance the cost of using phase change materials on a project against your ability to put in other high thermal mass materials.”

South London architect The Facility has teamed up with Hull University to research ways of converting the downward pressure from footfall into electricity. Staircases are thought to offer the best potential, as pedestrians expend the most energy as they ascend. In March the university began experiments with a set of steps that move 10mm downwards in use.

Dr James Gilbert, from Hull’s department of engineering, says previous attempts to harness this energy have foundered because the piezo-electric technology used was too expensive. A second problem was the low levels of power generated.

Gilbert says his team has made progress by using more traditional electro-magnetic convertors, coupled with a means of storing the energy contained in the downwards movement and releasing it slowly, to make the generator more efficient. “It’s a bit like a bike dynamo,” he says. If the laboratory tests perform as hoped, the next stage will be to install a prototype in the staircase of the student union building, possibly this summer.

“We are pretty confident that we’ll get some power, the question is how much,’ he says. In theory, the footfall from one person could generate 6W. Gilbert believes the staircase generator could be used to power lighting and signage in buildings with heavy footfall, such as railway stations.

The Facility has helped fund the research and will have some rights over the technology. “If we get a working prototype and proof of concept, we’d like to work with a floor manufacturer to see if we can integrate it into their products,” says Sally Thompson, the project manager.