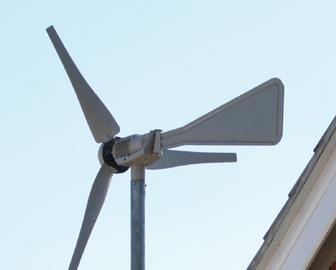 The performance of building-mounted wind turbines “is 5%-10% of manufacturer claims”, according to a study by the independent consultant Encraft

The world’s first year-long customer field trial looked at 26 grid-connected micro wind turbines from five manufacturers on sites across the UK between October 2007 and November 2008.

Encraft said the research suggested that a turbine’s performance would make a significant contribution to a building’s energy and carbon saving “only on the most exposed sites and tallest buildings”.

The report emphasises how much a turbine’s performance is linked to its location: turbines on high-rise sites generated as much energy in one month as other turbines in the trial did in one year.

Encraft specialises in microgeneration, on-site renewables and low carbon buildings. The trial was funded by Pilkington Energy Efficiency Trust, Warwick district council, BRE Trust and homeowners. It was supported by the Department of Enterprise, Trade and Investment, the British Wind Energy Association, Warwickshire county council, Action 21 and the Micropower Council.