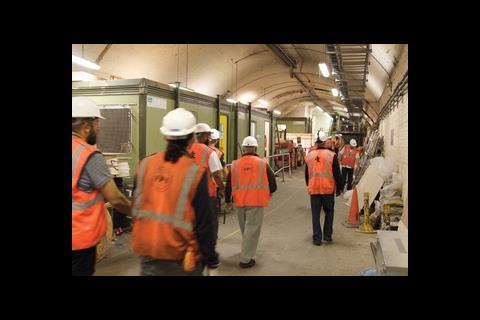 The shift starts at 1am 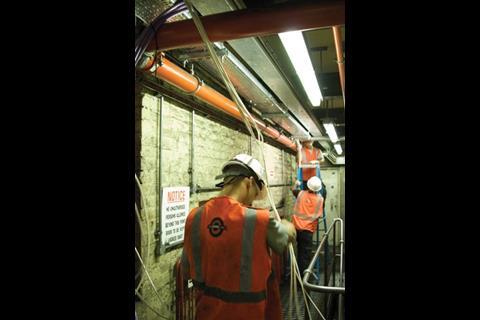 Replacing cabling for the communications system 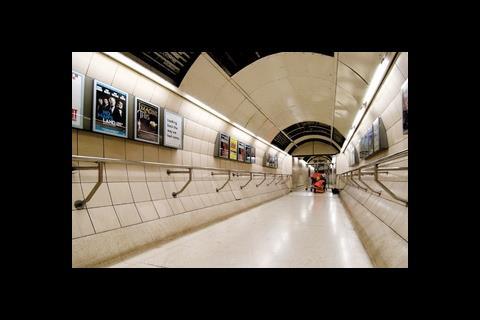 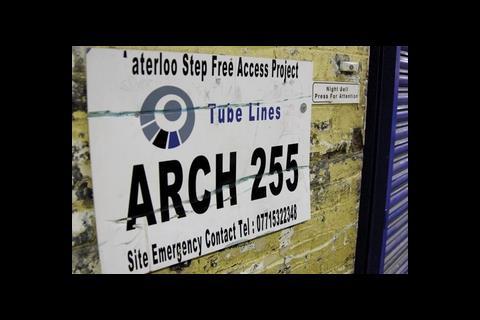 The above-ground assembly point for the contractor teams 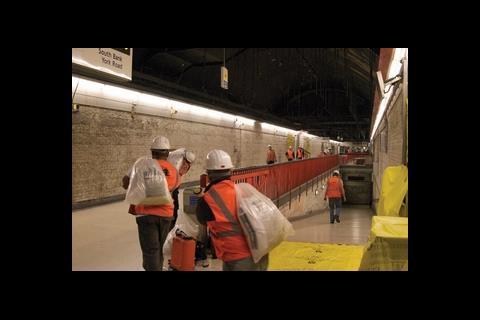 Heaving materials through the long gallery 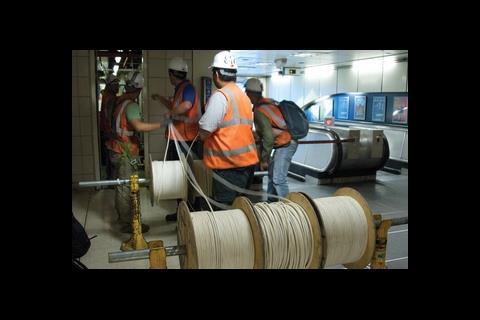 The team pulled 100km of cable the night BSj visited 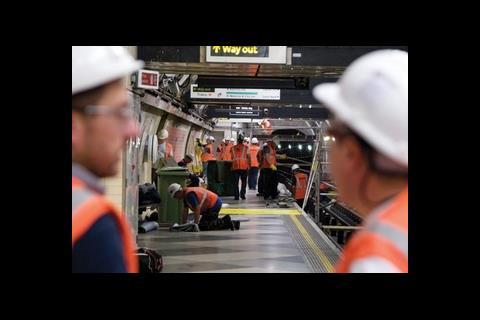 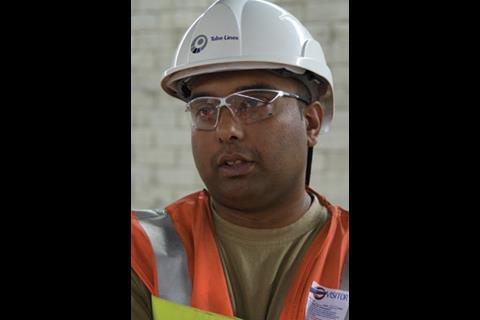 The contractors arriving on Waterloo station each night have just three hours to complete their jobs in hot and grimy conditions. Krystal Sim watched them at work on the massive Tube upgrade project

Waterloo Underground station, 2am: the sound of tools on polished floors and the hammering of metal reverberates around the long gallery, an extended walkway connecting the platforms with the main ticket area. London’s commuters may be gone but the station is alive with the hustle and bustle of workers, shouting above the noise, with pockets of repairs littering the walkway.

Nick West, project manager for Tube Lines, approaches a group wearing high-visibility vests and hard hats. “Do you mind if we take a few pictures of you guys working; a few action shots?” “Action? You won’t see much of that around here, mate.”

Nothing could be further from the truth. The last train may mark the end of the day for passengers, but for Tube Lines contractors it is the beginning of another intensive effort to repair and maintain the Underground before doors open again. With only a three-hour window, from 1am to 4am, they have a race to complete the night’s work, requiring lots of adrenaline as well as precise organisation.

Ninety minutes earlier the men could have been spotted assembling near Tube Lines’ operations base in Alaska Street. When asked about night-time working, Ravee Seeni, an Underground veteran and SPC (site person in charge), says: “I’m used to it. We are under a lot of pressure, condensing so much into a few hours. But we have a strategy for how to do things and a timetable to work towards. We’ve got deadlines and goals to achieve.”

In 2003/04 London Underground went into partnership with business to modernise and enhance its assets. Tube Lines, a consortium of Amey and Bechtel, is responsible for Jubilee, Northern and Piccadilly line stations, trains and tracks. Under the terms of the public private partnership (PPP) agreement, Tube Lines has to improve service as well as the infrastructure and it claims to have reduced delays by 50% since 2003. It has invested £1.9 billion and completed 54 of the 97 stations due to be upgraded by 2010 as well as refurbishing or replacing 93km of track. The Jubilee line upgrade will be completed next year, the Northern line in 2011 and the Piccadilly line in 2014.

Clutching a coffee and rubbing his eyes, West adds: “I can’t even talk I’m so tired. I sometimes wonder how the guys do it.”

The company’s mission statement, he says, is to make the stations safer and a better experience for the public, improving systems that may be more than 40 years old. “We’re increasing security and safety as much as possible. Fire and evacuation standards have changed so much. For example, you’re never more than 30m from a fire alarm button, which is part of a new industry standard. Cabling needs to be fire-rated, there’s emergency lighting and battery backups to consider, and all the critical rooms need to be installed with fire-stopping equipment. We’re also aiming for 99-100% CCTV coverage. At present, it’s 40-50%.”

West says the strict performance requirements and deadlines set by London Under-ground have helped Tube Lines to improve Ü Ü efficiency and cost-effectiveness. Progress was not so simple for Metronet, which was responsible for all other lines. It went into administration and is under the control of Transport for London, the local government body that implements the capital’s transport strategy.

West says: “The way the contract works, London Underground tells us the level of work needed and gives us a completion date we have to meet or we face penalties. We’ve finished 54 stations on time and in budget.”

Everything, including services design, is managed in -house whereas before we would have outsourced – that alone has saved about a third of costs

In his opinion, the difference between Tube Lines and Metronet was that his company tailored station refurbs to fit London Under- ground’s brief. “Metronet was arguably giving London Underground Rolls-Royce stations where a Vauxhall Cavalier was needed,” he says.

“The PPP contracts state that we have to be economic and efficient, and we’ll be judged on that at the end of our seven-year review. Everything, including our services design, is managed in-house whereas before we would have outsourced. That alone has saved about a third of costs and made us more efficient.”

At 2.30am, back in the station, workers are pulling five separate cables for the communications system. A real team effort is needed to pull the massive lengths without damaging them, then snake them through the station. It reminds West of the upgrade at Angel station: “The record there was something like 3500km of cable pulled in one go. I shut down the station and somehow we managed to pull 22,500km in one weekend. It was these guys who did it – I recognise them from the night.

“If you’re pulling 100m of cable you need a fair few guys helping, so you can imagine what it was like. The adrenaline was incredible. The guys kept saying, ‘C’mon, c’mon’, and there was a real sense of meeting a challenge.

“They are always determined to do it. You should see them at 3.30am, when they know they have just half an hour before the station has to open up again and there’s a sense of pride about it, which you need because this is a dirty job. It’s filthy down there and the guys come back covered in it, but they amaze us all.”

One of the workers pulling the cables stops to speak to West. “We’ve got about 100km to pull tonight, going all over the shop,” he tells him. West replies: “I was just talking about Angel.” “God, that was some job, I’m still chuffed with that night,” says the contractor.

West says: “I’m very proud of the work our guys have done here. My parents are visiting soon and I’m going to walk them down to the Northern line and show off the job so far.

“Everything is greener and more efficient than before. We’re working with the Carbon Trust on our carbon footprint. We take heritage seriously. There’s so much history in the old stations. We’ve got special tiles being made specially for Russell Street station. It’s the only time they’ll be made.”

With 4am fast approaching, the contractors get their heads down for the final push before they have to pack up their tools, and turn the building site back into a working station.

The longest tunnel on the Tube system is 27.8km, on the Northern line from Morden to just before East Finchley.

Angel is home to the longest escalator in western Europe at 60m.

The deepest station in use on the London Underground is Hampstead. It lies 58.5m below the streets.

London Underground was the first subterranean railway in the world and the narrow Victorian tunnels are still in use today.

Tube Lines is spending more than £4.5 billion to upgrade the Jubilee, Northern and Piccadilly lines.