Will energy efficiency fare any better under this government? 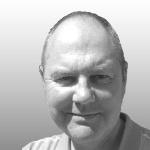 Now that the dust is settling from the general election we can start to think about the implications for sustainability and the environment. There are two levels to this: the policies and the individuals.

In terms of the policies, the Conservative manifesto was the least inspiring of the three main parties’ offerings. It was largely supply-side orientated - ie. focused on providing “reliable and affordable energy” by “seizing the industrial opportunity that new technology presents”.

This includes developments in the oil and gas industries, with special treatment for shale gas fracking. There was very little about the demand side - notably the reduction of energy consumption in homes and other buildings. Admittedly the manifesto did commit in principle to “improve the energy efficiency of existing homes”, but - perhaps predictably - 2015’s abandonment of the zero carbon newbuild standard was effectively reinforced by a manifesto commitment merely to “review” standards for new homes.

In terms of their disappointing focus on energy supply rather than energy demand, the DUP and the Conservatives would seem to be a well-made match

It seems, at the time of writing at least, that Northern Ireland’s DUP Members of Parliament are going to be key to the Conservatives holding onto power. So what did the DUP manifesto say about sustainability and the environment? Intriguingly, its focus was also on energy supply, including a drive for cheaper prices, increased interconnection with Great Britain and new generation capacity. There was nothing at all about energy standards for homes and other buildings.

So in terms of their disappointing focus on energy supply rather than energy demand, the DUP and the Conservatives would seem to be a well-made match.

As for the individuals, there is much talk at the moment about Michael Gove being appointed secretary of state of the environment. This is worrying, because in parliament he has generally voted against measures to prevent climate change through carbon emission reductions.

Worse still, when education secretary he even attempted to remove climate change from the national curriculum (prevented only by an intervention from the Lib Dem energy and climate change secretary). Should this man be in charge of the environment?

There is rather more cause for optimism in the retention of Greg Clark as secretary of state for business, energy and industrial strategy. It’s his department that really has the power to establish and support a national sustainable infrastructure, and people who know him say that Mr Clark really ‘gets’ the compelling case for a green economy.

So let’s hope, for the sake of energy efficiency in the UK, that he manages to assert himself in Cabinet.