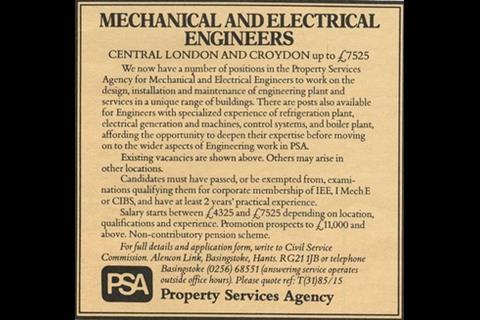 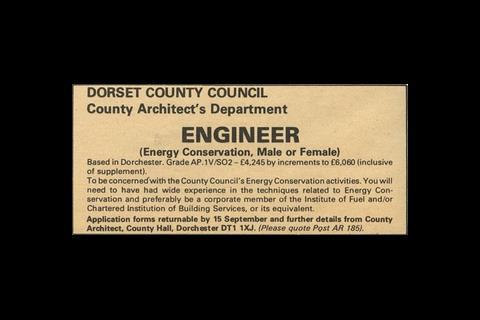 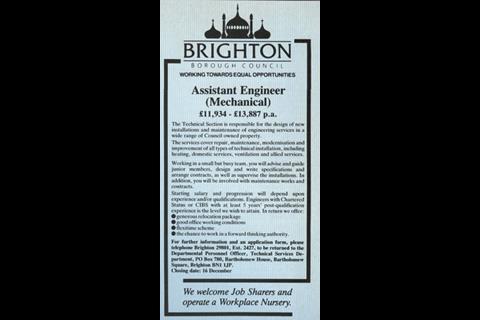 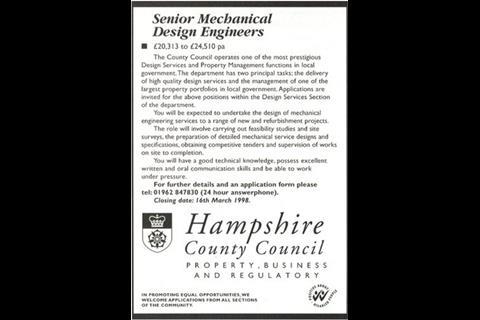 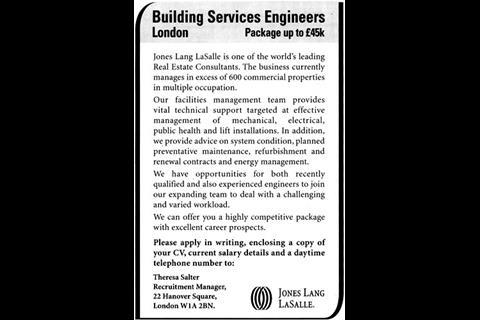 Recruitment ads weren’t always so PC-savvy, as BSj discovered with a flick through the archives

Appointments advertisements are very different from 30 years ago, partly because of changes to the role of the building services engineer but also as a result of legislation. Who now, for example, would risk the wrath of equal opportunities champions by advertising for an “HVAC project engineer who must be aged between 25 and 30”, as one Kent agency did in 1980, with the promise of a £6000 salary?

Age discrimination was outlawed only two years ago, so specifying the preferred age of candidates did not raise any eyebrows in BSj’s younger days. There was similar openness about salaries. While agency ads today regularly carry salaries, they usually don’t reveal the name of the recruiting company. For direct recruiters, salaries are rarely mentioned. Not so in the 1970s, when ads were bold and brash and asked questions such as: “Want to earn £10,000 plus a 2-litre car?” In the 1990s the private sector grew more coy and phrases such as “salary negotiable” and “substantial package” became common.

Apart from specifying an age, what did recruiters want from building services engineers in the past? Experience, certainly, but qualifications were less often specified as a requirement. Ads were often vague, asking for “a few years’ practical experience” in the case of one company seeking contract engineers.

Energy efficiency and sustainability are not new concerns. In the early 1980s recruiters sought “energy conservation engineers” for local authorities, and an “environmental design engineer” in the case of one supermarket chain that had already earmarked sustainable development as a cornerstone of its strategy.