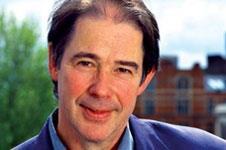 Jonathon Porritt, once a thorn in the side of government and business, is now a conciliator in the sustainability debate. BSj probes his thinking with 30 questions on how much the construction industry – and building services – is achieving

How closely do you follow the activities in the built environment sector?

Forum for the Future works closely with the building sector, as does the Prince of Wales’s Business and the Environment Programme [Porritt is programme director of the former and co-director of the latter]. I am proud of both organisations for their knock-on effect and the ways they seem to be making a real difference. For example, at Forum for the Future we have developed the Sustainability Framework for Urban Extensions for the South West Regional Development Agency.

Has any one company impressed you?

Carillion has taken the initiative and, from a strategic perspective, sustainability sits in the right place in that it is a board-level priority.

What have you found less impressive?

I don’t think it’s a case of there being someone or a company that is not impressive. What is interesting is to look at those normally perceived to be the bad guys. The concrete industry, for example, sits in a difficult position but I am impressed by the seriousness of their intent to do the right thing. Their attitude is very satisfying, but it is hard for them to get the recognition from the media – there tends to be a lot of “greenwash”.

How do you feel the building sector has handled the sustainability issue in recent years?

It is certainly hurtling up the agenda. There was an insularity to the British built environment industry before. They just didn’t realise what was happening elsewhere, particularly in mainland Europe. Things were quite primitive.

When did you start to see a difference?

Changes to Building Regulations and legislation made people sit up and take notice. The industry realised that climate change was for real, there were specific targets in place and it was now part of the way it had to work.

What else can it do to further the cause?

Skills are the key area. Sustainable construction and sustainable design look pretty scary to people who are familiar with a certain way of doing things. We need to encourage further development in design, construction and materials, and in areas such as installation and in new technology for building appliances. We are badly underskilled in these respects. There is change, but it tends to be at a gentle pace.

Does that suggest a bleak future?

Not necessarily, as there is good work being done with youngsters. The Sustainable Schools initiative is excellent and there is some real dynamism in the primary school area, among both students and teachers. Children today have a far greater understanding of these issues, and understanding of technology, than when I was at school.

What role does technology have to play from a sustainability perspective?

Some people believe that technology is the problem, but I’ve never subscribed to that view. In 2050 there will be more than nine billion people in the world so we are certainly going to need more energy. It is not energy per se that is the problem, but the externalities of that energy. It would be ludicrous not to invest in energy solutions and there are fantastic developments in solar and thermal technology.

In relation to energy, then, should the government look more to technology?

Yes and no. It is frustrating to see politicians react the way they do to the climate change issue. Either they don’t fully understand it or they gush about new technologies, such as carbon capture, when their focus in the short term should be on efficiency. We have a de-plorable history on energy efficiency. Whereas politicians get excited about innovation, it is the opposite with energy efficiency.

Is the government right to pursue a new generation of nuclear power stations?

It is a complete distraction. Even with a massive investment, it would contribute relatively little change. I’m angry, too, that it will be another tax penalty. It is expensive, dangerous and a horribly real target for terrorists.

Are you encouraged by any of the noises coming out of government departments?

The draft of the Renewable Energy Strategy from BERR has some promising signs, in that it appears to suggest there is some thinking about renewable technologies, such as offshore wind power, without overlooking the non-technological aspects, such as greater energy efficiencies.

So are there any specific buildings, cities or developments you admire?

I have to say that it is pretty grim when I look around the UK – nothing really strikes me as being a good example.

What about the housing sector?

It is very patchy. You get the idea that some projects have been created with best practice in mind while others have no idea whatsoever about what has been going on, or what the world could look like in a few years’ time.

What should be the benchmark for newbuild?

That’s a problem, because no one seems to agree on what is best practice and what benchmarks should be in place. For me, it is carbon zero housing. Anything less is unacceptable.

What about other countries?

When you look to Europe, it is more interesting. Cities such as Gothenburg and Malmo give real cause for inspiration in the way that you get a feel for the place and it is easy to move around. Also, Freiburg in Germany is well known for its eco-housing and car-free streets.

What inspired your passion for sustainability and the environment?

As a boy, I collected wildlife magazines and did a bit of birdwatching. But my serious enthusiasm started when I began teaching in west London. It spurred a desire to change the living environment for the kids at the school, which, to be frank, was not good at all.

You trained as a solicitor. What made you change direction?

It was a real turn-off to be around people who seemed interested only in how much money they made. I went into teaching and joined the Ecology Party, which became the Green Party.

Businesses often feel that environmental groups give them a hard time. How do they react to you?

Forum for the Future works with more than 120 organisations in business, government, education and the voluntary sector. [Business partners include BAA, Shell and Vodafone.] Some companies had become used to being criticised by environmentalists, so there was a real trust issue, and a great deal of historical residue.

How has that changed now that sustainability has become a prominent issue?

I give two or three talks a week to various industries. I don’t have an office as such and am always travelling around the UK and overseas. The talks to big business are the most valuable.

Do people strive to find inconsistencies in your activities, such as the flights you take?

It is a necessary part of the job, unfortunately. There are people who object completely. But it is about striking a balance, and the job requires the international travel.

So what is Britain’s role on the global scene?

It is our place to try to influence the developing world. A lot of countries see inefficient and waste-intensive activities. Naturally, they want to create the best life for the people living there.

What can Western governments do without appearing hypocritical?

We have a duty to tell such countries that following in our footsteps is not the smart way to go. We’ve had 40 years of reliance on the motor car, for example. You would only have to show someone the road system here to see what a mess it is.

What place does China have in sustainable development?

China is a massive problem, but there are plenty of opportunities as well. People don’t tend to talk about the positive things. It could easily become a real driver for action on sustainability. If you look at the structure of the government, for example, if they wanted to build a wind farm, it would not take long to achieve planning permission. There are many initiatives already under way in China, but bad environment stories are news – good ones are not.

What will be the biggest obstacle to widespread change in China?

In many ways it will be the symbols of Western society, such as the motor car. For many people these have become representative of wealth, so seeing beyond them will be quite a challenge.

What do you think of the media coverage on sustainability?

In the UK it is pretty good. Environmentalists tend to complain a lot but there is some good scientific reporting on the issues. There are real champions, such as The Independent, New Statesman and a lot of the trade magazines. We saw when Channel 4 broadcast The Great Global Warming Swindle that there could be a real problem. But on the whole the reporting is fine.

How does UK coverage differ from the rest of the world?

Broadcasters such as the BBC are good with their world programming. The media coverage in parts of southern Europe, the US and India is another thing altogether. Some is dreadful.

In your opinion, how does the average Briton view climate change?

Most people understand there is a real problem, but they believe it will be a problem for their grandchildren and not for them.

And how do politicians view climate change?

We have a government that isn’t certain about where it should be on this issue. It is important to be consistent and not switch messages for different audiences.

Given the economic outlook, are you worried sustainability may slip down the agenda?

There are two issues. The first is positive in the sense that this economic downturn is being accompanied by continued higher energy costs.

Therefore it would be insane for businesses not to look at efficiencies and continue to invest in innovation. On the downside, the danger is it becomes a distraction for British citizens. You can see politicians losing their nerve and changing their policies to pander to public opinion.

You don’t believe that business and industry will have more influence than politicians, then?

I don’t want to underplay the role of big business because there is a lot of dynamism there, and we have seen corporate social responsibility rise up the agenda. But ultimately it is about the politicians. They are the elected officials and they are the ones who have the mandate to frame markets and impact the environment that business has to work within.

Jonathon Porritt chairs the Sustainable Development Commission and is programme director of Forum for the Future, a charity that promotes sustainability. He formerly led Friends of the Earth and the Green Party