Are new ‘Garden Cities’ the answer to our housing shortage? 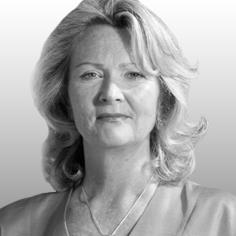 The current Wolfsen Economics Prize seeks a new vision for Garden Cities with a prize of £250,000 attracting attention from architects, planners, economists and politicians.

The term “Garden Cities” is old rhetoric, and we need new models this century. The idea of a “visionary new dimension to planning” should remain a clear starting point for anyone contemplating such ideals.

Ebenezer Howard’s original idea for a Garden City was a fusion of the town and the country, an attempt to deal with the overcrowding and ill health of city dwellers at the turn of the 20th century when our cities were industrial powerhouses, leading the world. It was a utopian vision of self-sustaining communities, that combined decent housing and employment with green space and localised agriculture. To be truly relevant today we need to re-discover that collective vision and recognise that we have much bigger social challenges to address in the 21st century, as well as climate change.

The Garden City ideals were part of a philanthropic ideal of the time – sadly not something current economists tend to think about. The philanthrophic ideal has faded in the latter half of the 20th century in favour of the priorities of landowners and developers, a consequence of a market-orientated approach to development.

The economy, family circumstances and an aged population forces us to live differently now, and the nuclear family home is no longer the norm that people want or can afford. We cannot “create”a community – but we can create the circumstances in which a community will thrive.

Can we turn our backs on failing towns in the hope that starting anew is better? Places like Harlow are crying out for town centre regeneration.

Green field sites are easier for the uninformed to relate to – if you don’t count political upheaval and community unrest – but the real challenge could be to re-imagine our built towns and cities. Can we bring the Garden City to the town? Well … maybe.

We have a significant amount of brownfield land awaiting creative solutions and consolidating existing urban areas. We can retrofit and weave in old and new, with upgraded state of the art electronic and building services, communities and towns served by public transport with people in jobs locally, creating a self sufficient hub - without the need to travel daily, but linked nationally with high speed trains.

Both government and industry need to consider and present a series of alternative options, to address the housing shortage and not consider Garden Cities as the silver bullet.