Engineers do Stirling work too

The RIBA Stirling prize is the UK’s highest award for architects. But perhaps it’s time to acknowledge the other people who have a hand in making buildings work effectively 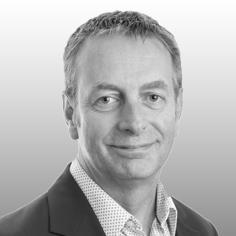 With the highly coveted RIBA Stirling prize just a fortnight away, I can’t help but hope that we’re publicly rewarding the best buildings, the ones that perform at the highest level both in their design and operation. We all remember the press surrounding the Scottish Parliament, a highly unsustainable building being lauded for its excellence.

As an industry, we’re trusted to create or refurbish buildings that fulfil their intended purpose while also helping to mitigate climate change, contribute positively to their community and promote health and wellbeing.

So we have the Stirling prize, the most sought-after and well-publicised award in the industry calendar - it’s been televised, watched by many members of the general public and admired by creative minds everywhere, not just here in the UK. It can only be won by architects, not least of course because it’s organised by the RIBA, which was established to look after its members.

But wouldn’t it be great if such prestigious awards could be inclusive and holistic.

Rather than a separate Stirling prize for engineering, which would in fairness probably be less cool, more restrained and less colourful than a room filled with architects, I’d rather see a highly publicised award for great building design: architecture + engineering + performance. Imagine if the engineer and the architect collected the award, or indeed the whole team.

I’m reminded of the BAFTA awards where a television show is announced as the winner and the entire cast plus writers, directors and producers all pile onto the stage - because it’s a team effort.

The greatest challenge, certainly for my profession, is that when people hear the word engineer they tend to think of the man who fixes the heating or drives the train

This is not just an engineer saying engineering should be recognised because he’s an engineer. We’re not a profession that demands the limelight, but engineering services do account for 25-30% of the capital cost of a new build scheme and up to 45% of a refurbishment. There’s also a bigger issue at play here, one that remains a great concern and one that we seem to be doing little about.

In short, our buildings are designed to perform better than they ever actually do. And yet we seem satisfied with proudly saying it’s a Breeam Outstanding, or a LEED Platinum or a SKA Gold. We rarely do a post-occupancy analysis and face up to the fact that in operational terms the reality is we’d be lucky if it’s just good.

It’s not just me that’s worried about this. There are serious calls for the industry to address building performance coming from the top. The government is concerned about
the performance gap, because it directly impacts on its ability to deliver the national carbon reduction plan, not to mention how it impacts our international reputation.

The Zero Carbon Hub is also pushing for action. It published a report in July this year, setting out some priority actions for our industry. They all relate to gaining a better understanding about why our buildings don’t perform as they are designed to, creating commercially viable methodologies to demonstrate performance, providing a framework for feedback and ensuring training
is provided to fix the problem.

The engineering institutions are also trying hard to promote the positive contribution that engineering makes to our built environment. These are effectively calls for engineering
and design excellence amidst a myriad of massive issues like climate change and health and wellbeing. Wouldn’t it be great to encourage more of this - a holistic, collaborative approach to building design - and then reward that publicly and with great pomp and circumstance.

So what’s stopping us? The greatest challenge, certainly for my profession, is that when people hear the word engineer they tend to think of the man who fixes the heating or drives a train. They
don’t consider the mechanical, electrical and public health specialist, structural experts or sustainability consultants.

Another is that engineers, and by default engineering design, are invisible. We’re generally quiet folk and we get on and create our technical solutions so everything simply works. Engineering becomes visible only when something goes wrong. Sad but true.

But that doesn’t mean we shouldn’t be recognising buildings that have been so well designed inside and out that what’s notable is that nothing goes wrong.

We also need to consider the message we’re giving the younger generation. For the global issues we face in the future, we need more creative people to move into engineering fields. They’ll need to fix many of the problems.

John Deasy is a director at Hilson Moran