Interview with HLM: Innovation out of recession 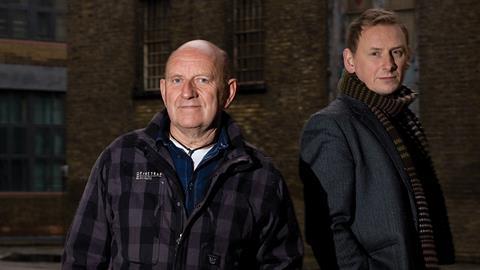 Nine years ago almost to the day, UK architecture firm HLM staged a management buyout of its American parent company, HLM Design International. It was a dramatic moment and brought the company back into the hands of Chris Liddle and nine of his fellow directors. It was also clearly good for the business: HLM was saved from receivership and has made a profit every year since the buyout; not necessarily a dramatic profit, but a profit nonetheless. The question is: how?

Sitting down for breakfast with Building, Liddle is accompanied by his fellow director Richard O’Neil. The two men are strikingly different in appearance and attitude: Liddle, 62, is the stocky Yorkshireman, while O’Neil, 42, is more taciturn: think Jeremy Hunt without the permanently bewildered expression. However, it is obvious that they share the same passion for the company and hold similar views as to the reasons for its solid performance as an independent business.

HLM’s performance in recent years is not one of continuous growth, but in 2010 at the height of the recession the firm posted a profit of around £400,000 on a turnover of £14m. While revenue and profit were more subdued last year a company spokesperson says 2013 will see a return to growth. From a pre-crash high of 180, the number of staff fell to 130 but is now back up to 150.

Liddle maintains that the way in which he and his fellow directors chose to structure the business in 2004 has been critical to its resilience, highlighting the lack of bonus culture in particular. How an individual performs does not have an immediate impact on their earnings; rather, the firm’s overall performance dictates remuneration. “We’ve always maintained a one culture business, so there’s no incentivised profit sharing, bonus sharing or divisions between any of the offices, and we’re resourced as one,” says Liddle. “It removes politics completely, and for a design business, politics is a killer. If the firm does well, we all do well. If an office doesn’t do well and five others do, the people there are okay. We all look after each other.” 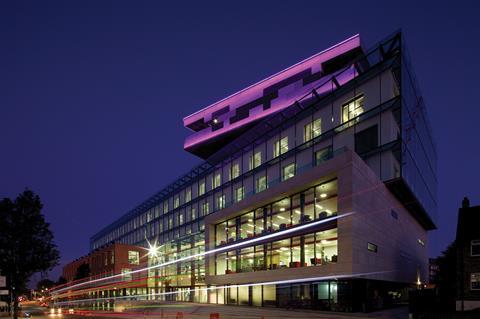 Such collectivist ways of working, of course, run counter to the prevailing City orthodoxy whereby it is assumed that if people can see a direct link between their efforts and their rewards, they will work harder. Liddle, however, has no time for such strategies. “Well, if they did then they wouldn’t be in this business,” he says. “This is an inclusive, one culture business with a very strong and unique ethos. That’s very much come to the fore in recent years when people have had their chins on their chests. We all piss in the same pot, as they say in Yorkshire.”

HLM is also structured differently to most architecture firms in order to allow all its directors to spend most of their time doing what they came into architecture to do in the first place: design buildings. Liddle thinks it nonsensical that in order to further their careers, architects often have to give up practising the skills that first got them noticed.

“When we bought the business back, we set up a structure that would enable us to spend the right amount of time on management and on the business,” he says. “Seventy per cent of my time is chargeable, which for someone in my position is really unusual. We’ve worked very hard at that, because it’s a travesty that your skills as an architect and a designer get taken away from you.”
Hutchison Locke & Monk (now HLM) was founded in 1964 on the back of a competition win for Paisley Civic Centre, in London - and, as has been the case for many years, the majority of HLM’s work comes through the public sector, which given the deep cuts to public spending, makes their consistent profits even more surprising.

However, O’Neil says the fact that HLM has managed to maintain its offices in Scotland, Wales and Northern Ireland, as well as in London, means that the company has been able to “shadow government within the four home countries”. Add to that offices in Sheffield (opened in 1981) and more recently Plymouth (2008) and HLM has been able to deepen its relationship with local and regional government.

Counter-intuitive as it may seem, Liddle and O’Neil believe that public sector spending cuts have actually been good for the quality of civic buildings in the UK. A lack of money, the argument goes, has led different arms of the state to collaborate to a greater extent and pool resources with the result that the buildings they commission have become less disjointed. This, O’Neil says, chimes with HLM’s thinking. “As a profession, we’ve been trying to advise public sector clients mainly about getting agencies to work together for shared benefit and to create a better outcome,” he says. “But now, obviously, they’re being forced financially to actually bring those together and therefore there’s an opportunity for us to bring in that creative thinking that we were trying to do five years ago when nobody was listening.” Typically, Liddle is rather more hyperbolic. “For all its difficulties, the financial attrition that we continue to face is the biggest trigger for innovation that I’ve ever seen in my whole career,” he says. “We’ve come to see it as a necessary enemy that we’ve made friends with.”

How does HLM square its claims of a golden age of innovation with education secretary Michael Gove’s contention that quality school design has little or no impact on educational achievement? “Well, it’s just rubbish, isn’t it?” says Liddle before qualifying his answer. “I think that the truth lies between all the points [people have been making]. There is a growing awareness that we need to be better designers, doing more with less.”

HLM’s strategy for growth during the downturn has also led the practice to launch two offices abroad, in the Middle East and South Africa. From the firm’s new Abu Dhabi office, which opened in 2011, HLM has secured work in Qatar, Kuwait and Saudi Arabia, where it recently completed work for Saudi Aramco, one of the biggest clients in the world. However, O’Neil says that HLM only expanded its horizons abroad following a detailed period of research during which the firm examined where non-domestic work had come from previously, the development pipeline in key markets and the stability of the regimes in those countries. The resulting strategy involves working with a small handful of carefully selected clients. “There are probably about five or six and we just concentrate on them,” he says. “When you have good financial stability you’re able to make decisions about investment in your business.” 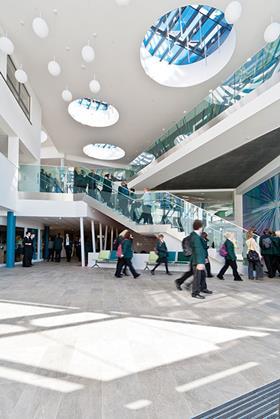 The venture into South Africa, where HLM opened a new office in Johannesburg in 2011, came about as a result of the company’s association with an existing South African practice, Steyn & Viljoen, which it acquired in 2007 and used to outsource work from 1999. “We went out and had a look,” says Liddle. “All that I knew about South Africa in 1999 was apartheid - demonstrating as a student and don’t buy tinned fruit - that was it.”

However, recognising that pressure on fees was only going to become more intense, four years ago HLM decided to bite the bullet and buy out the South African firm, thereby enabling the firm to in-source rather than outsource some of its technical work. “We can now produce documentation at a fee level that’s more appropriate to where fees are going,” says Liddle. “It was a very strong move and it’s really come together. We’ve got 20 people there now.”

While HLM has been unusual in that it’s consistently made a profit throughout the downturn, both Liddle and O’Neil insist that they have still been careful to maintain their reputation for quality. According to O’Neil, they have made a profit because they have safeguarded their reputation, not because they have taken on just any old project. “Obviously the culture of fees and clients has changed,” he says. “And you’ve got to be very selective in who you work for because you’ve got to trust them and their ability to pay you and to want to do the right thing in terms of quality.”

Of course, projects that the firm has worked on have been subject to budget cuts like any others, but Liddle says that rather than attempting to value engineer their original designs, HLM’s approach to cuts is more fundamental. “Design is not about us having a bag of money and doing what we like. It’s about understanding what you can craft out of the resources available,” he says.

But what of the future? At 62, Liddle, who for so long has been the public face of HLM, is 20 years senior to O’Neil. Liddle confirms that in the longer term O’Neil is well-placed to take over the business, but it’s clear he has no desire to step aside just yet. “I’m not planning on dying any time soon,” he says. “And I’m having so much fun.”