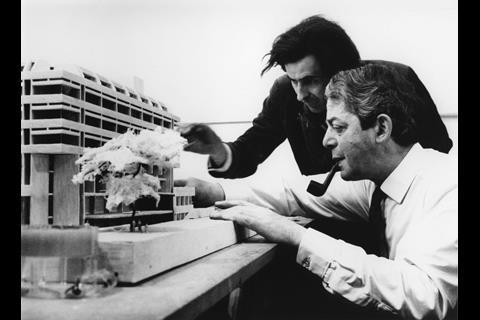 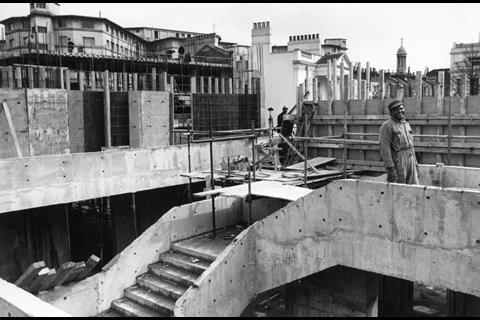 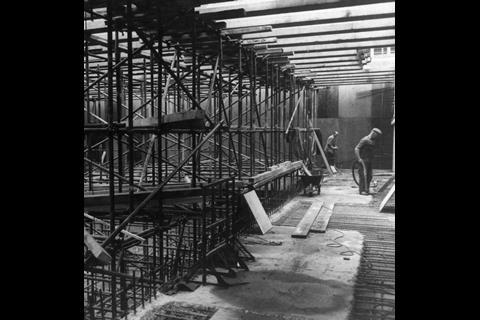 The library under construction 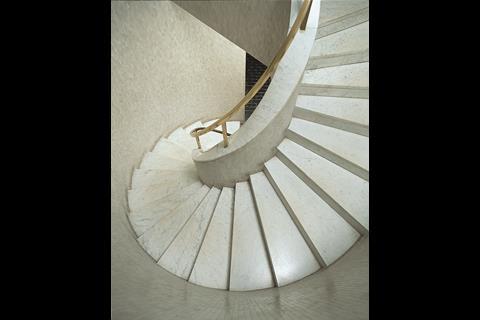 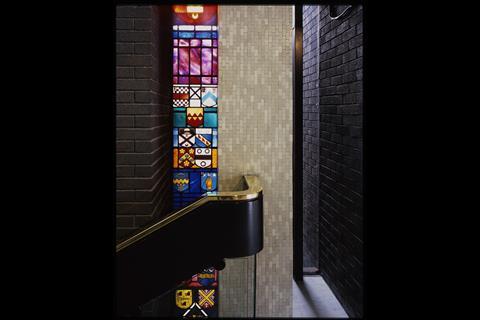 Stained glass and balustrade at the building's entrance hall 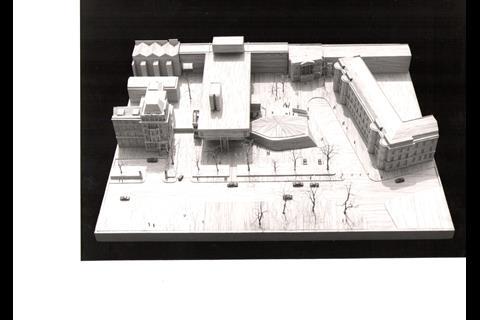 A model of Lasdun's design for the Royal College of Physicians 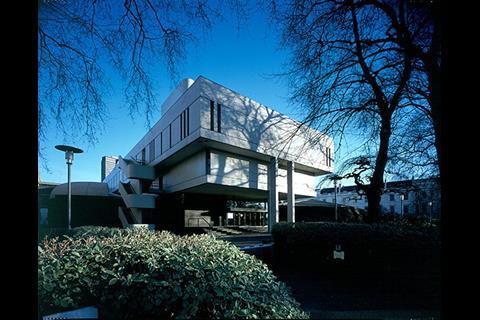 Exterior shot of the building 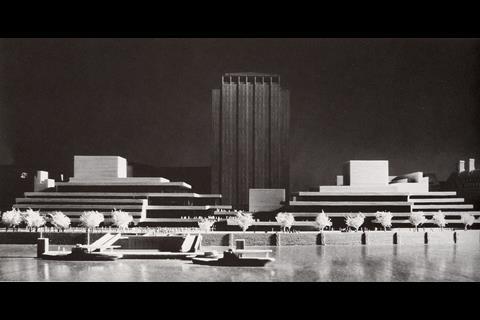 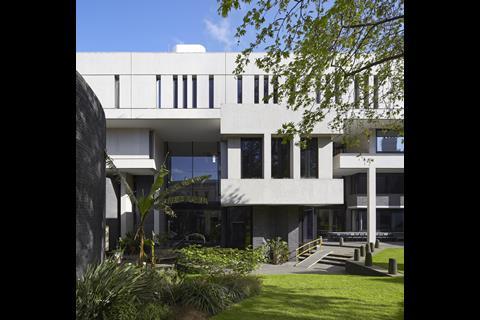 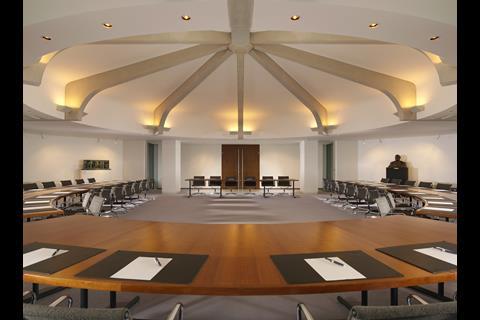 The council chamber with Eames chairs 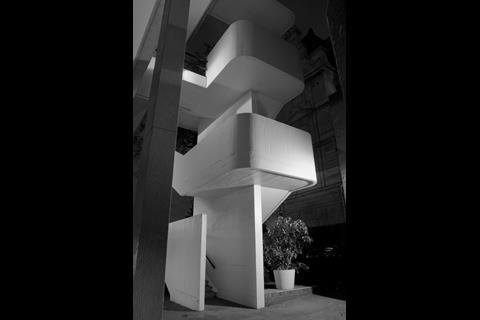 In the late fifties, Denys Lasdun found himself sitting in a classically detailed, oak-panelled room dating back to the 17th century being interviewed for the position of architect. The commission was a new college for one of the medical profession’s oldest and most respected organisations. When asked if he would design a classical building, he resolutely replied: “No!”

Instead, he said he would deliver “…a modern building with grace, elegance and charm”. That was just what Robert Platt, the president of the Royal College of Physicians, wanted to hear. Lasdun later described Platt as “a visionary, who knew he had to build for tomorrow” and so began the process of designing what is undoubtedly one of the best modern buildings in the heart of neo-classical London.

For the thousands of visitors the building receives every year, the exhibition The Anatomy of a Building: Denys Lasdun and the Royal College of Physicians will reveal how closely Lasdun worked with his client. From the archives of the college are letters between architect and client as well as Lasdun’s own notes (he was meticulous in taking these) about recording and overcoming the reservations that were expressed at the time. These are the most intriguing parts of the exhibition as it reveals a very personal process of how this building evolved. Compare and contrast, for example, the wonderful picture of a pile of discarded models in a corner of Lasdun’s office with OMA’s meticulously archived blue foam models.

The best artefact in the exhibition is the building itself. Visitors can explore how the building relates to the adjacent Nash Terraces, to Regent’s Park and to Albany Street at the rear

The best artefact in the exhibition is the building itself. With references to Villa Savoye and the modernist canon, visitors can explore how the building relates to the adjacent Nash Terraces, to Regent’s Park and to Albany Street at the rear. The handmade porcelain mosaic tiles that clad both the exterior and interior were carefully specified to match the stucco of adjacent buildings. Just one example of how well thought out this building is.

With regard to initiation into the college, Lasdun clearly understood the importance of ritual and ceremony in that process. It is the reason why the room in which he was interviewed, known as the Censor’s Room, was transplanted in its totality from the previous college to become the heart of the new building. The anatomical analogy continues with the main processional circulation stair leading to the Dorchester Library where the portrait of William Harvey (who was the first to describe how blood is circulated around the body by the heart) takes pride of place.

Models of some of Lasdun’s other buildings are also on display including the first abandoned scheme for the National Theatre but this exhibition is primarily about understanding the building that houses it and the person that created it. When looking back, Lasdun expressed his gratitude to the college for its “monumental act of faith” in commissioning him to design such a modern building. It is appropriate that one of his last buildings was an addition to the college completed in 1998.