Building Information Modelling has been embraced with gusto by the construction industry - but do Technical, financial and legal worries now stand in the way of further take-up? Joey Gardiner reports on the growing scepticism about BIM 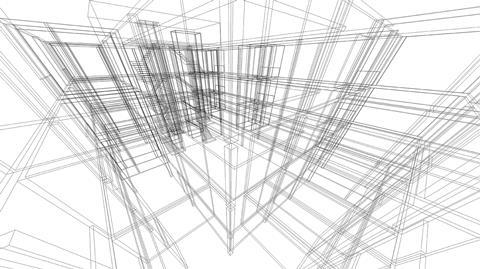 Two weeks ago Building’s legal columnist Tony Bingham dared to suggest the industry needed to talk about BIM - Building Information Modelling - and whether it is, as claimed by the government, a key tool driving the development of a hi-tech industry working in a collaborative fashion. Or whether BIM is instead simply another tool in the arsenal of those in the industry trying to shift legal liability for construction foul-ups down the supply chain to those least able to handle it.

The response to the piece was massive - and not all of it polite. “Banal”, “ignorant” and plain “wrong” were all words used to describe the piece in comments by Building readers. The point of BIM, they insisted, is to reduce risk for all parties through effective use of a shared digital models, which organisations working on a project can collaborate around. Michael Hook summed it up: “A barrister producing a lot of hot air. Who’d ever have thought?”

But despite the reaction, Bingham is not alone in his concern about the risks of BIM, particularly for the supply chain. And there is evidence that there is also a large contingent of contractors and consultants in the industry who are not getting on board with the investment needed to embrace the technology. With the government committing in 2011 to have Level 2 BIM used on all public construction projects above £5m by 2016, the desire to be seen to be moving in the right direction is strong. But are the legal, technological and financial hurdles in the way of BIM’s widespread adoption actually higher than most in the industry are prepared to publicly admit? And how is that affecting take-up?

Whatever BIM’s detractors say, it seems impossible to argue with the fact that use of and engagement with the technology is rising rapidly in the UK. The inclusion of the 2016 BIM target within the 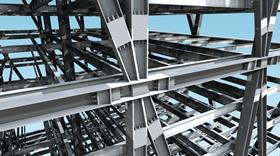 government’s 2011 Construction Strategy has undoubtedly galvanised interest, starting to change what was once a pretty niche pursuit into a mainstream part of how the sector does business.

National Building Specification (NBS), which runs the National BIM Library, does an annual survey of the sector’s attitudes to BIM. While there are no results for 2013 because the survey is still being carried out, even by the 2012 survey the percentage of the sector aware of and using BIM had tripled since 2010, to 39%. Furthermore, more than nine out of 10 respondents said they will be using BIM within three years - up from eight out of 10 two years earlier. A survey of construction clients conducted this May by Building found that 46% of private clients and a third of public sector clients have now used the technology on projects, both huge rises on the previous year.

Increasingly high-profile projects, such as British Land’s Cheesegrater tower (pictured below and overleaf), being built by Laing O’Rourke, are using BIM as standard, with the contractor in that case claiming that its innovative use of the technology was what won it the contract. Rob Garvey, senior lecturer in the Architecture and Built Environment Faculty at Westminster University, says: “It’s like 20 years ago companies would ask why they should make the investment in email. Now it’s a basic business requirement and they don’t think about it. Yes, BIM’s more complex than email, but this move will happen, whether people are for or against it.”

BIM as a smokescreen?

But with this growth in use and interest, it’s fair to say some of the starry-eyed optimism about the potential of the technology is being replaced by hard and thorny questions about its practical implementation. And one of the most serious areas of concern over the implementation of BIM is regarding the legal framework surrounding its use on projects. Bingham’s article picked up one element of this, asking if BIM had the potential, through a smokescreen of collaboration over project design, to allow design liability on projects to be passed down to supply chain partners who don’t possess the formal qualifications to be carrying out the design in the first place. Bingham’s supporters include Colin Harding, former Chartered Institute of Building president, who says: “He really hit the nail on the head.”

Many BIM proponents maintain that this view is nonsense. Ian Chapman, director of the National BIM Library for NBS, says that by forcing project teams to complete full designs upfront prior to construction, and by creating a virtual environment where design “clashes” can easily be detected and in which it’s clear exactly what is done when and by whom, BIM actually reduces the overall risk to all parties of a project running into trouble. He says: “I don’t think the use of BIM changes the responsibilities the different actors have in a project. BIM is just a process that results in a digital model. I get somewhat bewildered by the suggestion that using it means contracts need to change.”

The problem, however, is that as soon as you’re using BIM collaboratively within real projects, it has to interface with the cold hard commercial reality of the modern construction industry. And that, inevitably, means being able to pinpoint someone to blame when things go wrong. EC Harris partner Simon Rawlinson is a member of the BIM Task Group and helped draw up the BIM protocol, which seeks to set out a basic legal framework for the rights, liabilities and responsibilities of firms using shared models on projects. He says: “Because collaboration mechanisms aren’t that well developed in the industry, particularly regarding information sharing, we were clear that the way BIM will work [in the run-up to 2016] will be within the current legal framework in which the industry operates, where there are clear legal relationships and a good understanding of risk transfer.”

He also admits that the current structure of the industry means the kind of dumping of legal risk alleged by Bingham does occur, though he maintains working to level 2 BIM can actually help tackle this, rather than facilitate it. But Rawlinson suggests there is no inherent contradiction between sharing information via BIM and a traditional legalistic view of how the industry operates, as “clarity over who is responsible for what is key to effective collaboration and management of risk”.
Commercial tensions

But has this tension really been resolved? Not yet, according to many. Rudi Klein, director of specialists’ body SEC Group, who is a supporter of BIM in principle, says: “The difficulty is in trying to put a collaborative tool into a non-collaborative structure. You can’t put BIM into the traditional construction hierarchies of designer, main contractor, subcontractor. And the BIM Protocol doesn’t really help that tension.”

David Mathieson, managing director of property and assets at engineer Mouchel and the man in charge of developing the firm’s BIM strategy, says he is seeing enthusiastic use of it on projects as a design tool, which is helping the firm deliver schemes more efficiently. However, he likewise runs into difficulties around the contractual position. 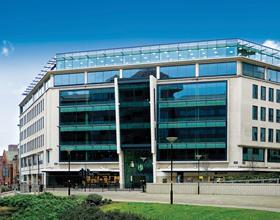 A Tekla BIM model by Arup showing steelwork, concrete and building services in the Cheesegrater

“Therefore BIM will have challenges when you get a commercial problem - and you can bet your bottom dollar if you have a multimillion-pound problem most clients will seek to recover their money. At the moment contracts don’t recognise the reality of where the market will go [in terms of collaboration] when using BIM.”
Both suggest this tension is now limiting the effective use and uptake of BIM. Klein says his members have complained that, because of legal concerns, BIM projects are hindered when parties add caveats to design solutions submitted to the collaborative BIM model saying the submission is for information only, and cannot be relied upon. “This means real information share is not happening, and collaboration becomes effectively dysfunctional,” he says.

In addition both he and Mathieson say insurers are reluctant to offer cost-effective professional indemnity insurance to cover collaborative BIM, because of concerns over liability. “Insurers haven’t caught up. As far as they’re concerned if you’re collaborating, then you’re effectively operating outside your scope of work, and they start to fret,” says Klein. Mathieson adds: “Professional indemnity insurers have to be able to apportion blame when there’s a problem. If they can’t then they start talking about finding joint and several liability to all parties, which is a very difficult situation for a large organisation like Mouchel to sign up to.”

Rawlinson admits these concerns exist, but insists they mainly come about through misapprehensions. “The clarity provided by level 2 BIM, in conjunction with the Protocol - which is very clear about what information can and can’t be relied upon - can actually help address these legal concerns. It’s collaboration with a hard commercial core.”
Similarly the insurance issue: “When we consulted over insurance, the view of the industry was that if BIM was used with level 2 processes such as PAS 1192:2 in place, then it’s a really good way of managing risk. We’ve seen relatively little or no push back from the insurance industry, but quite a few people [in construction] using fears over insurance as an excuse to block progress,” he says.
Investing in BIM

Even if based on misapprehensions, these fears come on top of the more obvious problems organisations are facing in funding the investment required to upskill staff and acquire BIM technology. For those firms working primarily on smaller, less complex projects, the immediate benefits of that investment are also less clear. For all these reasons, it seems, scepticism over the benefits of BIM is high, with NBS finding that just 27% of respondents to its survey said they trusted what they were told about BIM, and the vast majority (74%) saying they believed the industry was not even clear on what exactly BIM is.

Hence for many, it all looks a bit difficult. Westminster’s Garvey says: “My students are interested in learning about BIM to make themselves more employable. But the feedback many of them are getting when going out to industry from construction bosses is that they’re not interested.”

Despite this, there are very few negative public statements about the technology. For Bingham the situation is developing into a case of the emperor’s new clothes. “There seems to be a real heartfelt orthodoxy developing around the proponents of BIM where it’s difficult to question or criticise,” he says.

If the government is to achieve its BIM target - albeit that great progress has already been made - open discussion about the roadblocks to getting there is an essential prerequisite.

A brief history of BIM

Building Information Modelling is a way of working that allows virtual 3D models of buildings to be created by designers and contractors, which can be shared with an entire project team. Information about everything that goes into constructing and maintaining a building can also be added to the this model, including construction sequencing, cost and FM data.

There are four levels of BIM adoption, from 0-3, depending on how models are managed and the collaborative working practices adopted. The government is targeting Level 2 BIM use, in which different disciplines making up a project team produce their own models to common standards so that they can be exchanged and brought together using proprietary IT interfaces. There is no “single shared model”. This level of BIM may utilise 4D construction sequencing and/or 5D cost information.

For Level 2 to work, the management of project information including models needs to be done consistently. Level 2 requires a structured approach to data exchange, which is described in detail in the PAS 1192:2 standard.

The changes to contracts and appointments needed to work at Level 2 are dealt with by the BIM Protocol, published by the CIC. The protocol requires the employer to appoint a party to undertake the defined role of “information management”, encouraging the effective application of PAS 1192:2