BIM isn’t normally seen as a design tool but increasingly it can influence what a building looks like. We explore the possibilities and dangers of BIM-inspired architecture 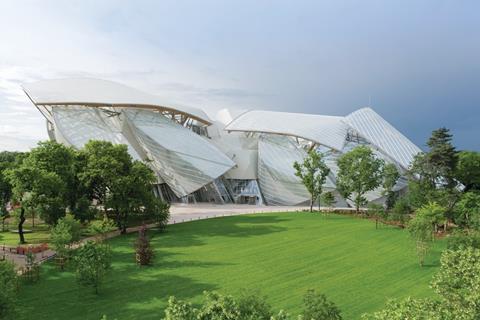 Despite being ostensibly termed a “design tool”, BIM is never normally associated with what a building looks like. BIM’s capabilities are usually aligned to more procedural quantities such as team co-ordination, facilities management, three-dimensional visualisation and data control, with architectural characteristics rarely considered to be directly determined by BIM. However, as BIM’s impact across architecture and construction grows, might this increasingly be the case?

Phil Bernstein, architect and vice-president at software giant Autodesk and the man widely credited with first coining the term “BIM”, has stated in the past that there was a strong correlation between some of the architectural forms of the eighties and the launch of early AutoCAD software.

“If you go back to the early eighties there is absolutely no doubt that you could identify which buildings were designed using AutoCAD. The proliferation of various geometric shapes and curves showed that the tools became the form.”

Is the same thing happening now? Is the growing use of BIM software leading to an emerging style of architecture with a consistent set of aesthetic characteristics? Some think it might be, as Russell Curtis, director of architectural practice RCKa, explains. “BIM is not a design tool but increasingly it can contribute to what a building looks like. The use of parametric algorithms in design is certainly something that can, at least in part, be attributed to BIM software and there are certain aspects visible in elements like procedural cladding systems that can also be said to have originated from BIM.”

The danger with BIM is that clients might be so impressed with what they think we as architects can do technologically that they forget what’s really important: the design

In the eighties, the influence of AutoCAD software was principally architecturally conveyed in the agglomeration of simple geometric shapes, such as spheres, rotundas and triangles, combined to generate architectural form. This can be partially attributed to the popularity of post-modern architecture at the time which revelled in the simple, almost child-like simplicity of bright colours and distinct shapes. But for many like Bernstein, these aesthetics were also definitely linked to the constraints and capabilities of the fledgling CAD software of the time.

What might be the equivalent architectural characteristics of BIM-inspired buildings? Ironically, it would probably be the opposite of the simplicity espoused by AutoCAD. Complex facades, the juxtaposition of several materials, greater facade articulation in the form of multiple recesses and projections and the use of divergent geometric shapes of varying complexity to construct the building’s form.

According to Curtis, “this kind of thing is particularly evident in the commercial sector”, but there are perhaps traces of it within the residential architecture sector too, particularly in larger inner-city developments. Curtis also points out that the deployment of an unnecessarily large palette of materials might also be the result of planning intervention with the customary emphasis on “contextual integration”.

However, for Curtis, the influence of BIM on a building’s appearance goes beyond architectural style characteristics alone. “It’s very important that the design vision is what’s in the architect’s mind and not the computer’s. BIM has the potential to be hugely empowering for architects and it can give us the opportunity to regain some of the ground that has been lost to other areas of the industry.”

“But the danger with BIM is that clients might be so impressed with what they think we as architects can do technologically that they forget what’s really important: the design. For us, architecture is about responding to context and not about getting caught up with the technology.” 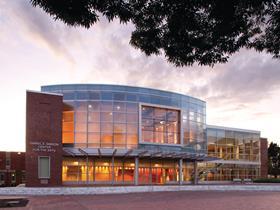 Can a new generation of geometrically complex architectural design be attributed to BIM? This image: Gibson Centre for the Arts, Maryland, USA 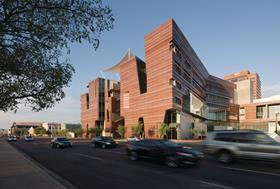 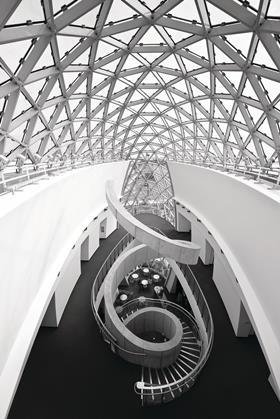 Curtis also believes that BIM-inspired architecture can have cost and programme implications too. “It’s actually more costly and time consuming if you use the software as a design tool. Revit markets itself as something that can be used right at the start of the design process but that can actually have its limitations.

Obviously, not everybody is of the view that BIM has direct aesthetic implications and in this instance, Bernstein is wary of making direct comparisons. “I think it’s a tougher comparison to make than with early AutoCAD,” he explains. “AutoCAD simply managed geometric complexity but BIM provides tools that can deal with a far greater level of intersection, variation and complexity.

“BIM isn’t simply about the geometries evident in aesthetics; it’s about every aspect of the building fabric ranging from ceilings, ventilation and windows to structure, proportions and performance. Therefore any relationship between BIM and aesthetics alone is implicit rather than explicit.”

For Bernstein therefore, BIM’s impact on architectural style is more intellectually subtle. “The modelling environment creates more certainty and this makes design more measurable. This frees up intellectual resources that can then be reinvested in other parts of the design to create a richer end product.

“In design terms BIM actually presents something of a philosophical question. How do you find the correct balance between the abstraction of flexibility that BIM provides and the precision of understanding it also offers? With AutoCAD you could do what you liked design-wise because there was no way of measuring consequences. But with BIM the opportunities it reveals come with greater design responsibility because every decision can be scrutinised.”

But for other BIM users, there is no relationship at all between BIM and architectural design. Rob Charlton is chief executive of architect Space Group and he is adamant that BIM is or should be purely a means to an end rather than the end itself. “BIM shouldn’t have any impact on the design.

I don’t buy into the accusation that it restricts design creativity at all - look at the work of architects Frank Gehry and Zaha Hadid, architects who are renowned for their extensive use of digital design techniques. How can you say their work isn’t anything but creative?”

Charlton does concede, however, that there might be some design clues in buildings that could suggest BIM deployment during its design process. “BIM provides better detailing, more sophisticated co-ordination, sharper conceptualisation and enhanced quality of execution. If you see a building whose design lacks these elements, if for instance it’s crudely detailed or shows awkwardly co-ordinated ductwork, then you can probably say that BIM hasn’t been used in its design.”

However, there was one aspect on which all three commentators agreed: the product is only ever as good as the designer behind it, regardless of whether the tool deployed to help realise it is a pencil or a keyboard. As Curtis succinctly puts it “whatever the medium, if you put crap in, you’ll get crap out”. 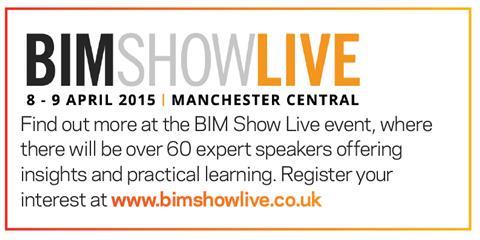