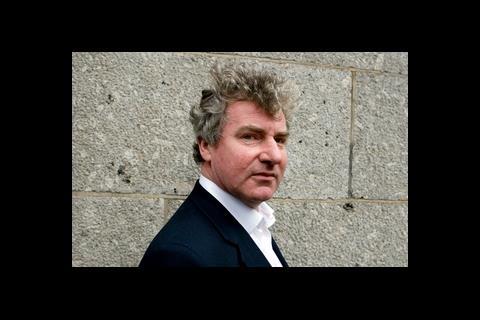 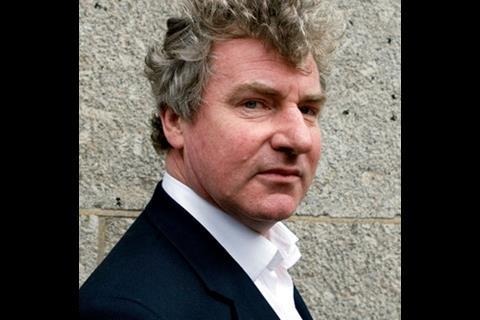 The Tory MP aims to cut red tape with his Green Energy Bill. He tells Krystal Sim about his passion for micropower

On his way out to brave the cloudy Westminster afternoon, the Conservative MP Peter Ainsworth is clutching a copy of his private member’s bill. Like most seasoned politicians, he has an air of confidence, a kind of political swagger. He cuts across the room determinedly to meet our photographer before turning to ask: “Should I wear a tie?”

Our meeting takes place at Portcullis House, in the heart of London’s political machine. Police stand guard with semi- automatic weapons – a stark contrast to Ainsworth’s cheery discourse as he poses for our photographer, bill still in hand.

A self-proclaimed champion of the green agenda, Ainsworth’s latest project is the Green Energy Bill. Its seeks to simplify the planning process, cutting some of what he calls the “unnecessary and offputting red tape” connected with renewable technologies such as wind turbines.

The bill’s second reading will be on 8 May. Speaking in his parliamentary office, the MP for East Surrey is keen to explain the motivation behind his quest for a simple renewables policy: “I see politics as a means of getting things done for people,” he says. “That can mean fixing something small that’s going wrong or something much larger.

“Politics is about having the mandate and the ability to make practical changes that will hopefully make people’s lives better. A lot of those changes are common sense, they can just take a while to happen.”

It was his quest to “get things done” that brought the former stockbroker to Parliament in 1992, having served as a councillor in Wandsworth, London, from 1986. “I got into politics after a lot of wondering whether or not I could ever do it and what I could achieve. I found my work on Wandsworth council stimulating and extremely rewarding in terms of getting things done. That’s what spurred me on.”

His environmental credentials include involvement with Plantlife International, which works to preserve wild plants in their natural habitats, and Wildlife and Countryside Link, the umbrella group for voluntary conservation bodies. He became a member of the select committee on the environment soon after being elected and has twice served as the shadow secretary for environment, food and rural affairs, latterly until January this year.

Ainsworth’s Green Energy (Definition and Promotion) Bill has three main aims: to instigate a review of the government’s microgeneration strategy; to review the planning process and, hopefully, remove the need for planning permission for renewable installations for domestic premises; and to exempt renewable installations from council tax increases.

“I’m trying to clear some of the obstacles in the way of those looking to install renewables and micropower units on their properties,” he says. “If you make any process too bureaucratic, people just won’t bother. If you put in a system of encouragement and reward, they will want their share of the action.”

The hows and the whens

It would be an extraordinary waste if, when it comes to rebuilding the economy, we don’t take the environment to the heart of the agenda

The bill also wants to clarify the definition of green energy, introduce a feed-in tariff for small-scale renewables and remove the need for planning permission on installations on agricultural land. A feed-in tariff was included in the government’s Energy Bill, which was passed last year. Ainsworth believes, however, that clarification is needed: “It’s still unclear what will happen. In principle we have the feed-in tariff but we just don’t know the hows and the whens. There is also a microgeneration strategy but it needs updating. I’m trying to put some flesh on what’s already there.”

His bill is backed by the Conservative party and has some cross-party support, according to Ainsworth, but why is the party itself not taking forward the legislation? Shifting slightly in his seat, he says: “I do have the party’s backing.

“The Conservative party has made some real progress in the past three years, not only in terms of repositioning ourselves as the party that’s seen to care about the environment but in terms of helping to shift the government. The pressure we’ve brought to bear, such as on the feed-in tariff, has helped the government to make some of the right choices in terms of the green agenda and sustainability.”

Ainsworth’s bill may face opposition from the government at the second reading. In January he sent a copy to Ed Miliband, the energy and climate change secretary. There has been no feedback. “The government could block it, although I very much hope they don’t. The thing about private bills is that they are fragile. They are always vulnerable to attack from those with vested interests with something to lose. I am hoping that it does get government support – that will be crucial to its success.”

He sees the creation of the Department of Energy and Climate Change as a positive step for the environment movement. “In days gone by we had a running battle between Defra and the Department for Business, Enterprise and Regulatory Reform; an army of civil servants waging war on each other. Much better that these battles happen in Ed Miliband’s head.”

Ainsworth is prepared to make changes to ensure the bill goes through. “I’m happy to negotiate. I want this bill to find its way on to the statute books because I think it will make a difference.”

With a struggling economy and an ageing housing stock more in need of insulation than wind turbines, micro-generation does not seem like a make-or-break issue. But Ainsworth believes it is important because it demonstrates political leadership: “We have to rebuild the way we behave, the way we do business, and the economy for the long game, and we have to think about that now.

“We have to understand sustainability better. It’s such an abused word. It would be an extraordinary waste if, when it comes to rebuilding the economy, we don't take the environment to the heart of that agenda.”