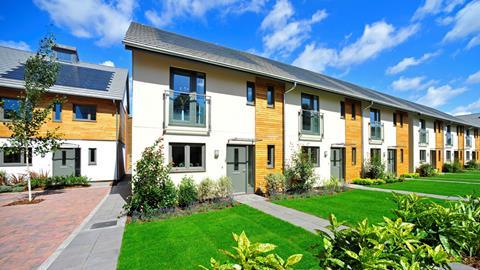 When Linden Homes’ parent company Galliford Try said in 2009 that it wanted to double the size of its housebuilding business over three years, more than a few eyebrows were raised around the industry - was this possible in a depressed market? But after a stellar 2011 Linden Homes is on course to prove the sceptics wrong. In its last financial year ended 30 June 2011, Linden completions rose 27% to 2,170 while profit jumped 45% to £31.6m. This upward trajectory looks set to continue after Galliford Try reported record-breaking housebuilding figures for the second half of 2011 in February - 59% more than the previous year. The judges praised the firm’s “excellent financials” and its management team for being “incredibly focused”.

Bellway achieved one of the biggest leaps in profit of any housebuilder in 2011, jumping 50% from £44.4m to £67.2m. The firm also succeeded in increasing house sales and its average sales price, and reached a milestone with its first sales at London scheme Barking Riverside.

Tony Pidgley’s Berkeley Group once again clocked up impressive figures for 2011. Home sales, completions, average selling price and profit were all up on the previous year. The group also boasts a lucrative £2.3bn landbank.

Competing toe-to-toe with the top housebuilders, Crest Nicholson made key strategic developments in 2011. The firm completed a major debt restructuring in September and established a London division with a projected annual turnover of £100m.

This housing association makes our shortlist thanks to its commitment to sustainable communities. Last year Places for People continued to help people onto the property ladder, expanding its ‘flexible tenure’ scheme which assists individuals with finance options for homes.

The specialist private residential development arm of United House Group had a very strong 2011. Profit rose 35% in its last financial year to £7.4m, while house sales also rose 18% over the period. The company’s diverse array of property assets stood it in good stead.