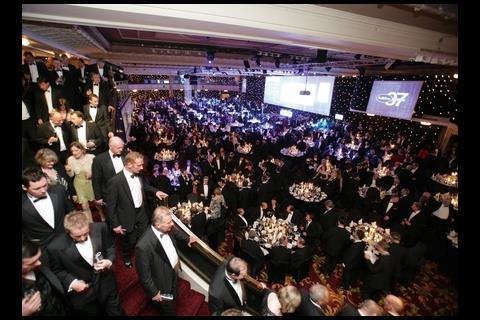 Some 1,850 building industry professionals descend into the Great Hall of London’s Grosvenor House hotel for the annual Building Awards 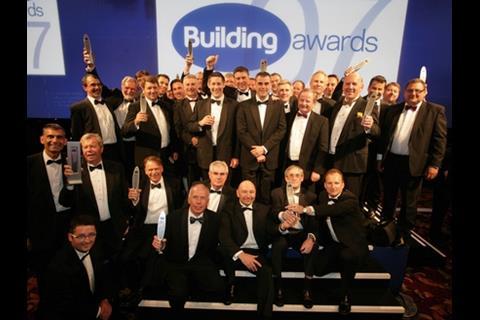 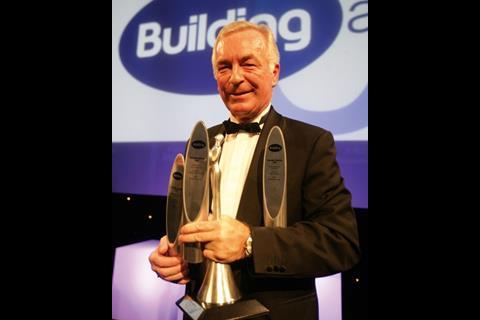 Benny Kelly, construction director of Sir Robert McAlpine, was named Personality of the Year, while his company won three other awards 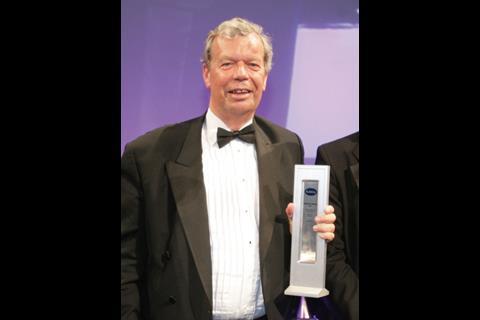 Geoff Wright, former development director of Hammerson, picks up the Client of the Year award 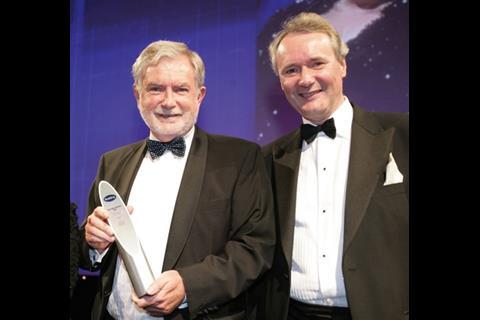 John Dodds of Kier (left), Chief Executive of the Year, with his award’s sponsor, Richard Whittington of KPMG 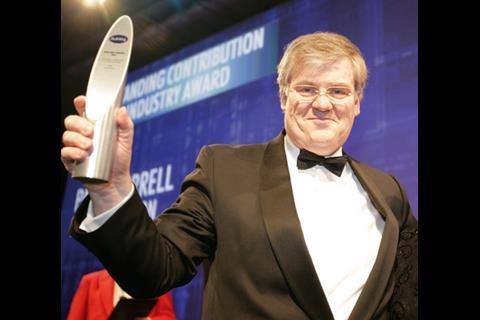 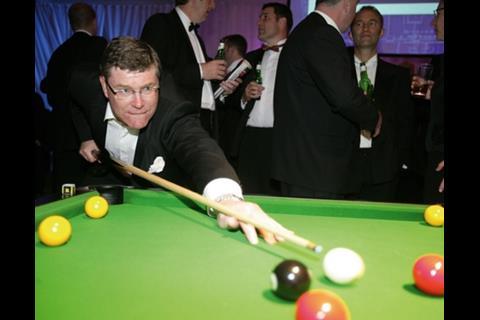 The competition continues after the ceremony with a game of pool 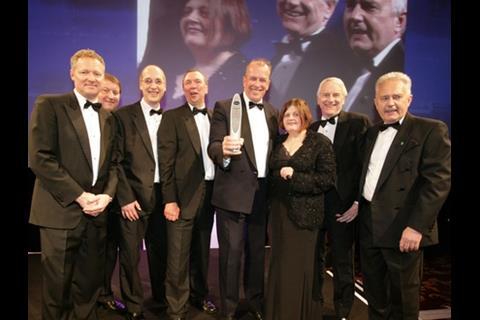 Paul Hodgkinson, chairman and chief executive of Simons Construction, and his team celebrate winning Contractor of the Year with Denise Chevin, Building’s editor 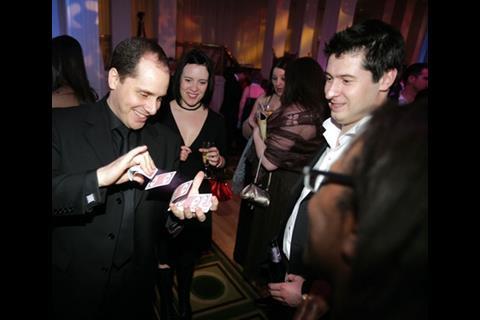 One of three magicians demonstrates his skills in the ballroom 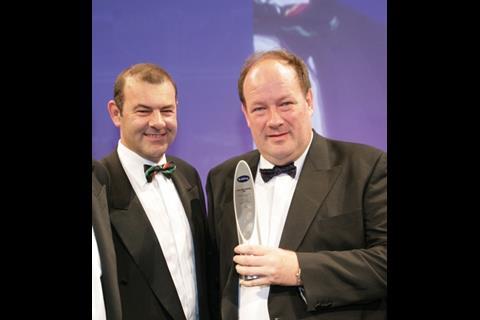 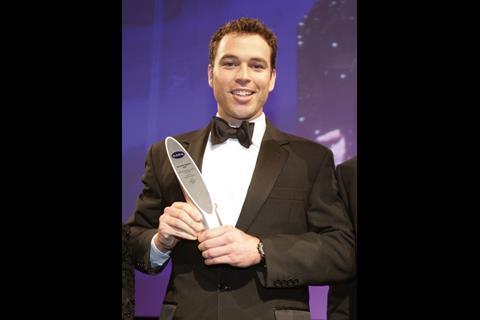 Daniel Rea of Arup is Construction Skills Achiever of the Year 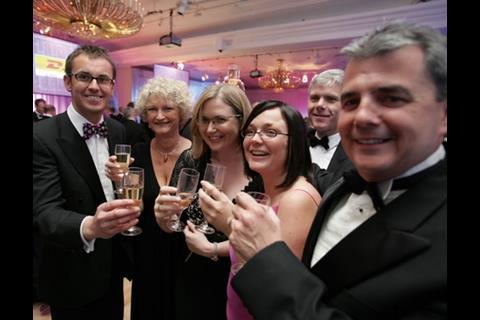 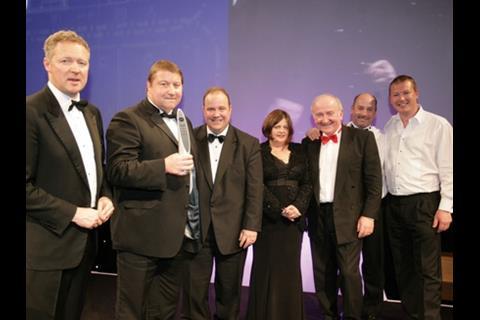 The team of Kingspan Insulated Panels, Manufacturer of the Year, celebrate 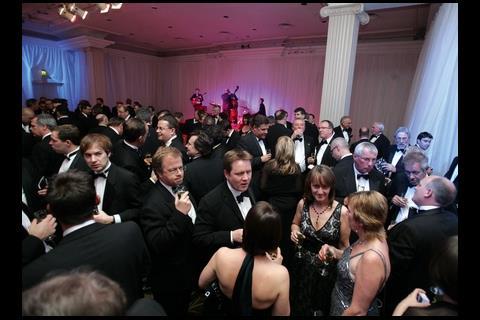 After the presentation, the revellers move to the ballroom 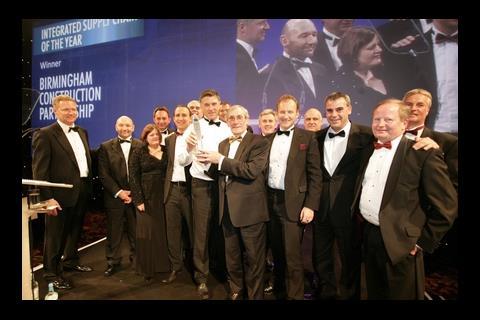 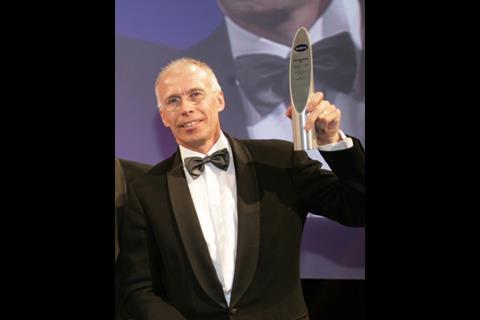 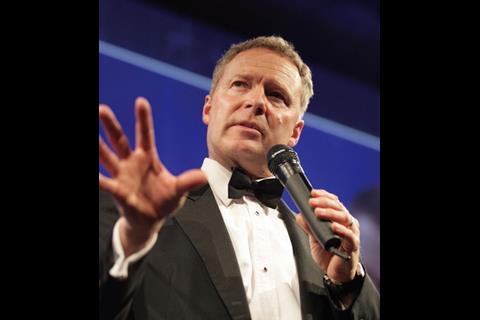 Impressionist Rory Bremner added a political note to the evening 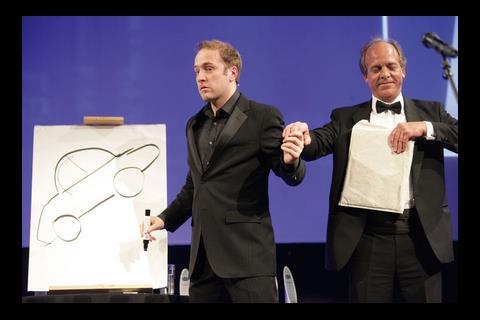 Francis Ives (right) of Cyril Sweett was indeed dreaming of a car, as imagined by illusionist Derren Brown, but it was a speedier model 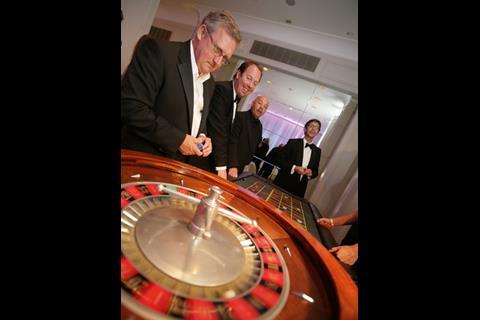 Even if you didn’t win an award, you could always change your luck at the roulette wheel ...

Every week Building provides editorial coverage of the entire UK construction industry, and last Wednesday it seemed to be entertaining most of it too.

The star of the show was Sir Robert McAlpine, which collected four awards. The firm picked up the Major Contractor of the Year and the Constructing Excellence award, and Benny Kelly (right), its construction director, was named Personality of the Year. It also walked away with the new Building Project of the Year award for the spectacular and remarkably trouble-free construction of Arsenal’s Emirates Stadium.

Other winners were John Dodds of Kier, who was named Chief Executive of the Year, and Paul Morrell, a former senior partner of Davis Langdon, who was rewarded for his outstanding contribution to the industry. Another 14 contractors, housebuilders, consultants, projects, individuals and clients scooped up awards, showcasing a multitude of talents.

The evening’s entertainment was provided by political impressionist Rory Bremner and illusionist Derren Brown, while a charity raffle raised over £20,000 for the Construction Youth Trust.

The entries all demonstrated spectacular feats of design, construction and engineering and the highest standards of sustainability. As Building’s editor Denise Chevin said: “In a year when construction hasn’t received the best headlines, the Building Awards remind us that there’s plenty to celebrate.”

More pictures and the full list of winners at www.building.co.uk/awards