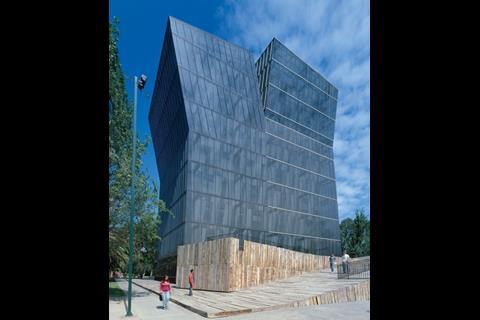 Without its two heads, the university science centre would have been a squat box 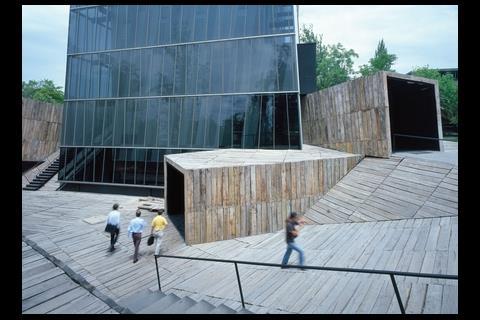 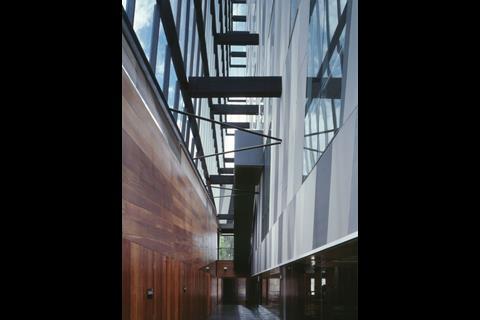 This computer centre in Santiago, Chile, may have two heads but then it’s got two skins, too – altogether a bit of a freak

Dubbed the Siamese twins, this building with two heads in Santiago, Chile, is the brainchild of Alejandro Aravena, one of the country’s brightest young architects.

The new science centre for the Catholic University was built on a budget of just £200/m2. Behind the bizarre mutant shape lies a reverse yet sustainable logic. The university’s brief was for a glass tower to house a computer centre, but Aravena, who counts Frank Gehry and Rem Koolhaas among his influences, argued that glazed walls would generate overheating, overshoot the budget and cast glare over the computer screens.

“Instead, we decided to build several skins, each performing a different function,” says Aravena. “The outer glass skin is bad in energy efficiency terms, but good in terms of weathering. The internal skin is made of fibre-cement panels, which are not good for weathering but very good energy-wise. Air flows in the space between the skins, which has an 800mm air entry gap at the bottom and an exhaust gap at the top. The result is a constant convective flow of natural air, enhanced by the waists tucked in at the seventh floor.”

But why the Siamese heads? They are the result of a more whimsical logic. “Because the total floor area was barely 5,000m2, it didn’t matter how much we reduced each floor area, the resulting volume was always pretty squat. The only solution was to axe a prism away from the top, dividing the building in two from the seventh floor up.”