Banking, but not as we know it: 3XN's Saxo Bank 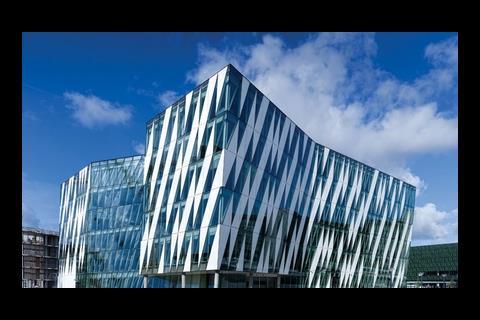 The glass and white aluminium panels give the facade a textured, dynamic quality 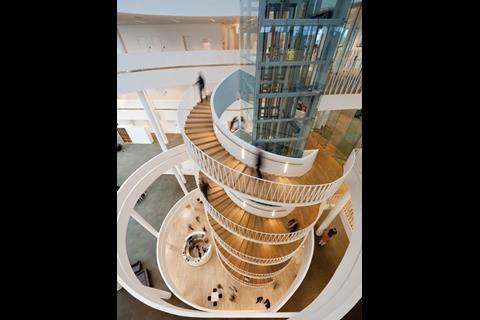 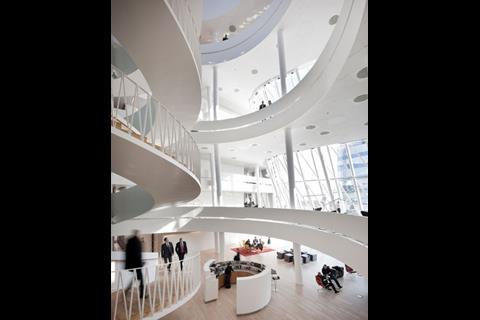 The glass-roofed atrium is open and light-filled, almost as if the bank is saying, “we’ve got nothing to hide”

With bankers now replacing lawyers, journalists and estate agents in the league of most hated professions, the task of designing a bank seems to be changing too.

The Saxo Bank headquarters in Copenhagen, designed by Danish architect 3XN and delivered for just €28m (£25m), is a world away from Wall Street and the City, swapping the aggression of the trading floor for a more communal workplace.

3XN, best known in the UK for its work on the Museum of Liverpool, has created an interior that is organised around the idea of transparency: clean white materials dominate an open, naturally lit atrium. At its heart stands a winding staircase surrounded by sweeping white balconies, reminiscent of Frank Lloyd Wright’s Guggenheim in New York.

The facade is of double-curved glass, with strips of white cladding meant to resemble the letter “x” in the bank’s name. The effect, however, is of jagged bolts of lightning – suggesting that perhaps banking’s new friendly image has a little way to go yet.

Original print headline - It’s banking, but not as we know it