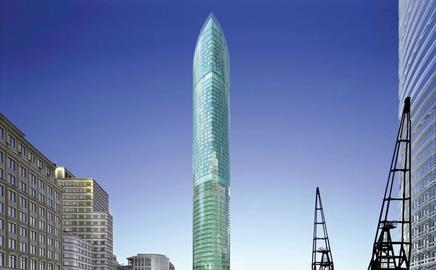 Boris Johnson, mayor of London, has used his powers to determine a planning application in the capital for the first time

The proposal from Commercial Estates Group, for Columbus Tower, next to Canary Wharf, includes 31,000m2 of offices, a 192-room hotel and more than 70 apartments.

Originally designed by DMWR Architects, it was refused permission by Tower Hamlets council because of its impact on a nearby conservation area.

The mayor, who has powers to push the approval through, said: “The development would deliver a significant contribution to Crossrail.”